'Mediterranean fusion' for the former Sugar Cafe on Houston and Allen 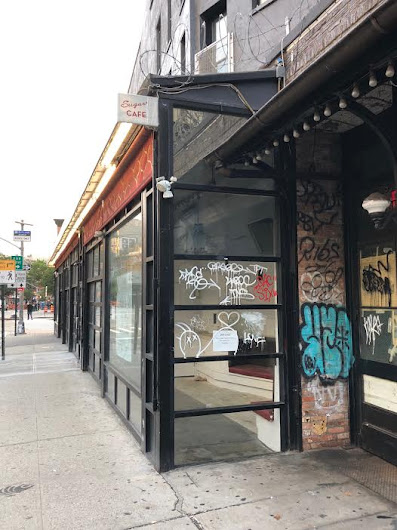 The Times has more details in its real-estate transactions about the new venture coming to 200 Allen St. at East Houston, where workers have been renovating the space since the late summer.

A Mediterranean fusion casual restaurant, to feature soups, salads, kebabs and shawarma, has signed a 10-year lease for a 500-square-foot corner space ... A city sidewalk permit for a glass-enclosed space would add another 500 square feet. (The former tenant, Sugar Cafe, had such a permit in place over the years.)

The tenant is listed as OYA, with principals Orhan Albayrak and Yigit Ozcelik. 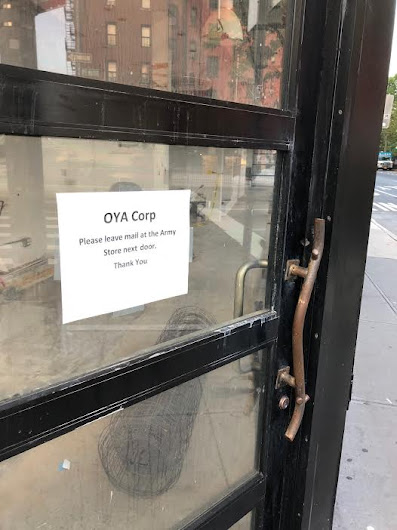 No word on the restaurant's name in the Times piece. "Mediterranean fusion" sounds pretty fancy. BoweryBoogie heard it was going to be called a less-fancy sounding Empire Gyro Kebab.

The Sugar Cafe closed here in February 2017 after 10-plus years in business. A rent increase — perhaps as much as double the previous ask — was reportedly behind the closing.
Posted by Grieve at 4:00 AM

We can only hope that this new place will be something similar to the former Turkish place Bereket that was just around the corner on East Houston Street...They had the best kebabs and Gyros on the LES...the new owners names sound Turkish so I hope they will follow in the footsteps of Bereket...I will wait for this new place to open and eagerly try their food.

Maybe during these "renovations" they could clean off the graffiti. ...