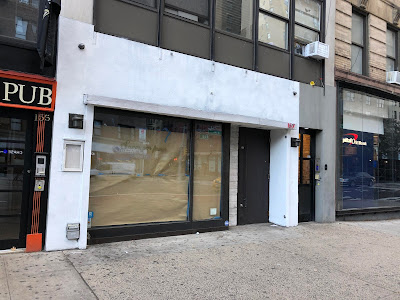 The signage is in the window at 157 Second Ave. for the new Mexican restaurant opening in this space between Ninth Street and 10th Street ... welcome Savor Por Favor... 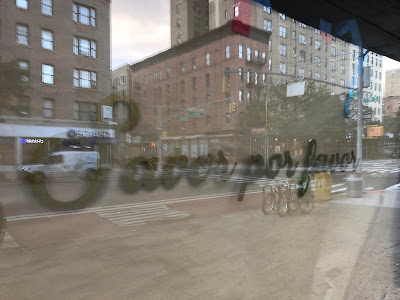 In May, applicants from Butter Midtown — doing business as E&Y Hospitality LLC — received CB3's OK for a new liquor license at the address.

So Savor Por Favor is in the works... as for the past, Yuan shut down in July after a year in business. As noted in previous posts on No. 157, this has been a challenging space to make work for any length of time. Biang! — the sit-down Chinese restaurant via Xi'an Famous Foods owner Jason Wang — closed in March 2017 after 15 months in business. The previous tenant, Wylie Dufresne's bistro Alder, called it quits after two-and-a-half years at the end of August 2015. Other recent restaurants here (before 2013) included Plum and Cafe Brama. 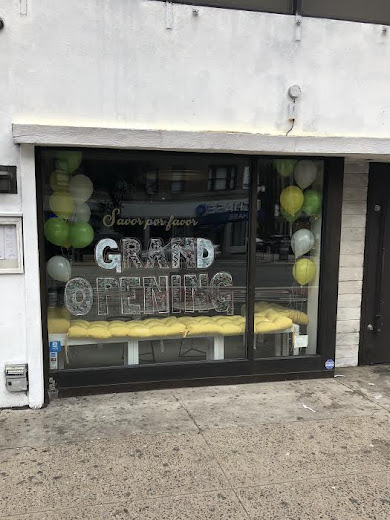 Previously on EV Grieve:
Yuan Noodle may be yielding to a Mexican restaurant on 2nd Avenue
Posted by Grieve at 4:17 AM

The businesses on this block - two bro bars, two chain stores, and a bank - are too disparate to be a dining destination. It's rowdy at night, packed with honking traffic, and covered in garbage and vomit. You'd have better success opening a restaurant on an old Indian burial ground than you would here.

Spanglish. Bros love tacos. This will be a success.

How do you pronounce this name? Is is savor as in life-saver, or does 'savor' rhyme with 'favor' as in por favor? Burning questions.