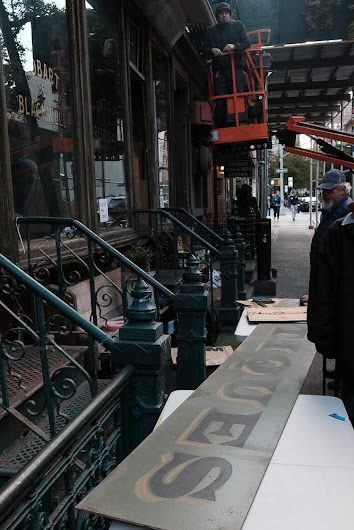 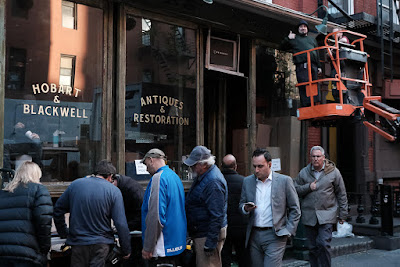 ... this was apparently a reshoot for "The Goldfinch," the adaptation of Donna Tartt’s Pulitzer Prize-winning novel starring Nicole Kidman, Sarah Paulson, Luke Kleintank, Ansel Elgort and Finn Wolfhard, among others. (Crews filmed here during the winter as well.)

Photos by Derek Berg
Posted by Grieve at 9:48 PM