A new era for indoor dining in the East Village 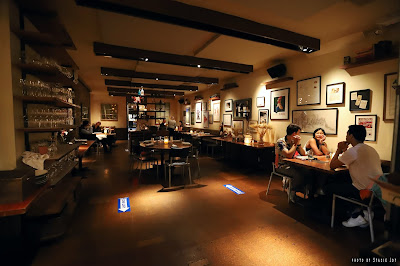 [Hearth]
Photos by Stacie Joy
Wednesday marked the beginning of indoor dining at the state-mandated 25-percent capacity... about 175 days after the PAUSE order went into effect in March.
EVG contributor Stacie Joy visited 14 East Village restaurants early in the evening as the dinner hour was getting underway to see how places were creatively using their spaces to provide safe service for both patrons and their staffs.
Being such a nice fall night out on Wednesday, many diners stayed in the comforts of the curbside or sidewalk spaces. Other loyal and intrepid diners went right inside. Not everyone is ready for indoor dining. And not every restaurant is ready to resume service inside.
Some observations from Stacie: Air purifiers were everywhere. Temp checks at the door. Contact tracing for every table (or every diner, depending on where you went). Some places had a handheld scanner for temps, others had ones mounted on the wall.
Here's a look... (the names and info for each restaurant is at the end of the post...) 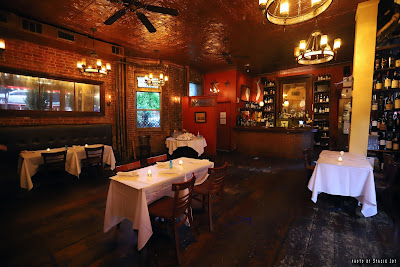 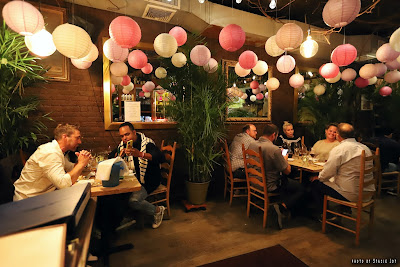 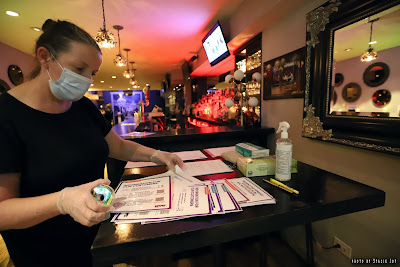 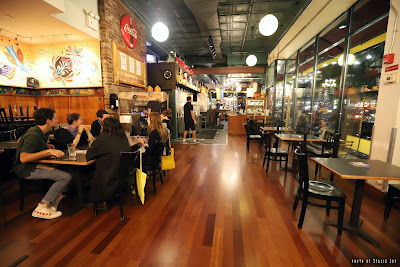 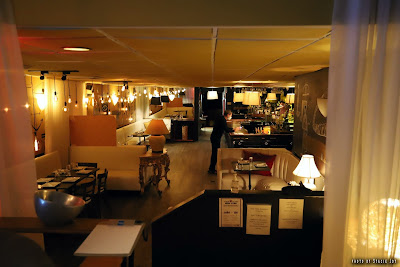 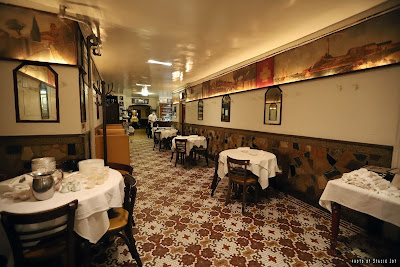 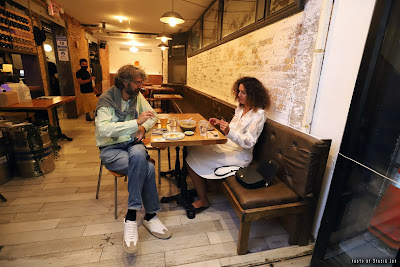 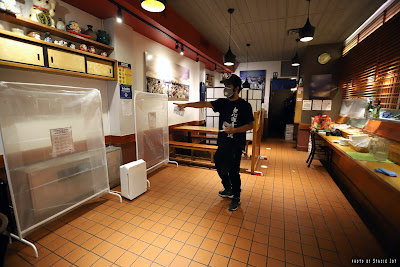 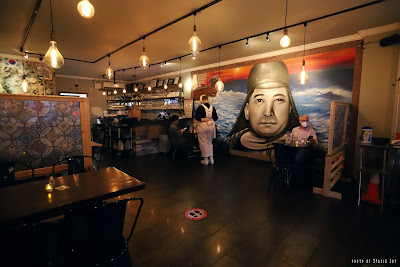 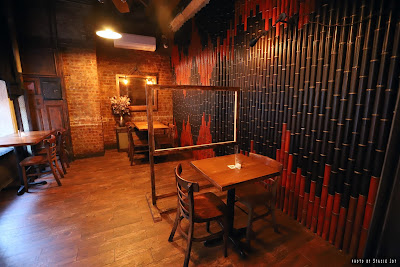 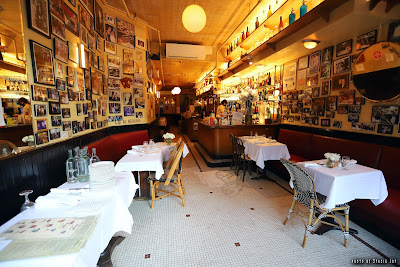 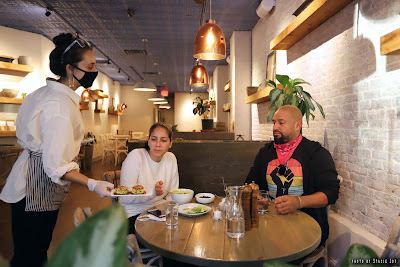 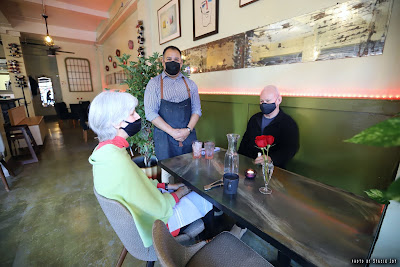 [Bin 141]
Here's the list of restaurants — in alphabetical order — that Stacie visited:

Said Stacie: "I was grateful to every owner who let me in and allowed me to take pics. Every place I went to was accommodating and unfailingly polite. The hospitality was nice."
Posted by Grieve at 6:00 AM

This is such a terrible situation. We still have no vaccine, so I will continue to try and support these places by ordering food to go. I have no intention of dining indoors any time soon. That said, I feel for these restaurants who are obviously struggling and being forced to jump through hoops to make things work. I worry most about the staff who don't really have a choice about dealing with the street/sidewalk situation, and are now serving customers indoors. Things are growing more desperate by the day and I really don't believe we will ever return to "normal".

Well, there are some positive Friday vibes for you!

This is very sad. I spent many years supporting myself as a waiter in Manhattan. When a restaurant is at 25% capacity, I don't know how anyone will subsist long term. Also, when your living wages are contingent upon the gratuities of incoming guests, you need as many seatings as possible every night, given your space is fully packed. I doubt whether anyone can make enough even to stay afloat. I too, don't feel comfortable with indoor dining, especially when the numbers are spiking. I commend the owners whom have chosen to not throw in the towel and to move forward. But, in order for them to survive this fall and winter, they will need more stimulus from the government. Seeing that Moscow Mitch is cheap and insensitive AF, I question if small businesses or anyone else will benefit from governmental assistance. On a positive note, I will continue to support my community through delivery and take out. Stay safe out there.

Is John’s still cash only?

This isn't a national problem. Its a local problem. Many states have somehow figured this out. The feds aren't stepping in. Why should they help NYC right before an election? Anyone here voting for them? I don't think s . Even if Biden wins it will be too late. Have to fully reopen it the city die . It's that simple.

The federal government is supposed to look after ALL Americans, regardless of whom they vote for. Just go crawl back into your vile little red-state hole (which NY's tax dollars undoubtedly subsidize).

(P.S. Other states have not figured it out. There are states where the virus does what it pleases and states where restrictions of various kinds still exist, depending on infection levels.)

Sarah, Florida is completely open with 100% indoor dining. Their hospitals are not being overwhelmed and their death rate is tiny. Data shows that if you are under 50 and you get coronavirus you're chance of dying is almost zero. Those older or with pre-existing conditions have to isolate. Telling everybody in NYC to isolate is ridiculous and not supported by science.
https://www.nature.com/articles/d41586-020-02483-2

No, they take cards now

Thanks, Michael! Nice to hear from you!

16 percent of restaurants nationwide are in trouble. 16 percent. In NYC it's 80 percent. When this all settles down you should leave NYC and visit other states and stop with the insulting stereotypes.

The rest of NYS reopened three moths ago with no issues. Spaz less.