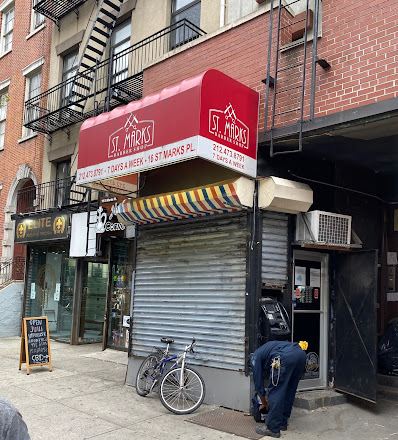 St. Marks Barbershop has left St. Mark's Place. (H/T Steven!)
Albert and Co. have relocated from here between Second Avenue and Third Avenue ... to Cooper Square — specifically 13 Third Ave. between Seventh Street and St. Mark's Place.
The shop is taking part of the space that was previously home to HairMates. 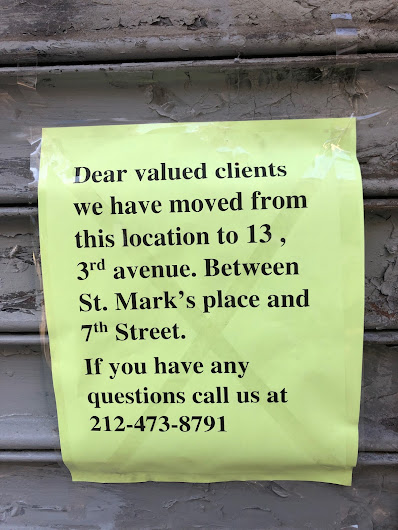 With the move comes a new name — Ace of Bladez! 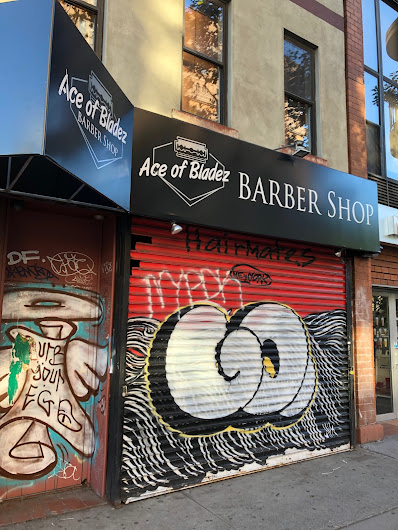 The departure means that 16 St. Mark's Place won't be a barbershop for the first time since the late 1960s.
Groovy signage for the Royal Unisex Barbershop is still visible on the east-facing wall. 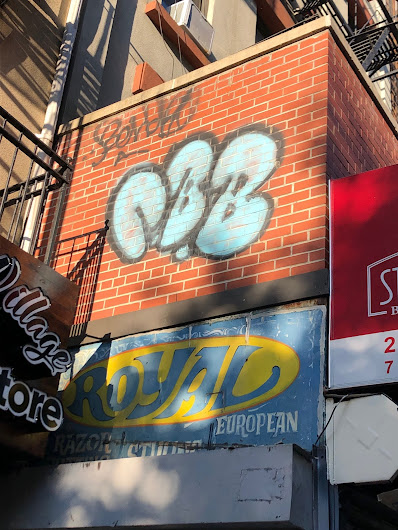 Top photo by Steven!
Posted by Grieve at 5:00 AM

Great news! Maybe they got themselves a lease. Their old landlord kept whimsically raising their rent and wouldn't give them a lease. That was the story I heard sitting one day.

...why would they change the name..? regardless, best of luck