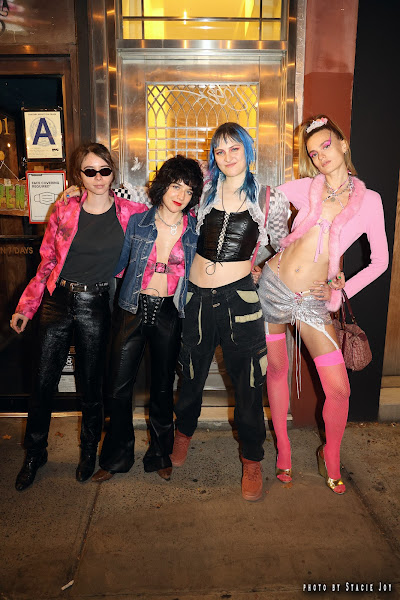 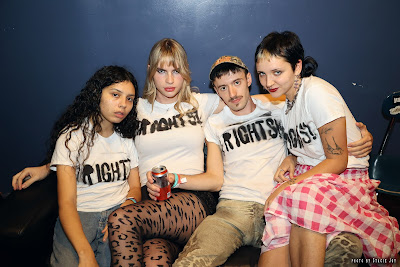 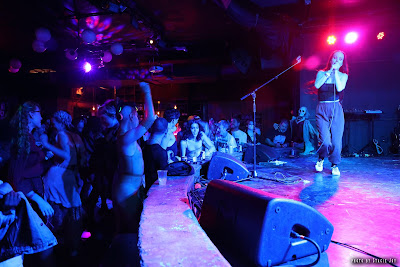 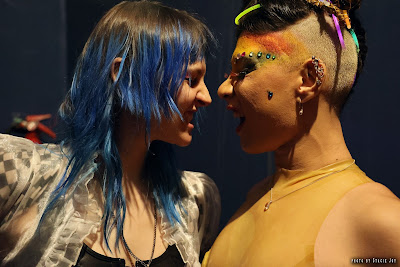 I arrive in time to catch some of the load-in and soundcheck, with Veronica Vilim on guitar and percussive drill, Lida Fox on bass and synth, Chase Noelle with the powerhouse drumming, and featuring Avishag Cohen Rodrigues for additional firepower on guitar.
There is some last-minute crafting of signage/decor backstage, scribbling out of setlists, adjusting clothing — lots of I.AM.GIA and cumgirl8 fashion designs and accessories styled by Jordane Stawecki — and a quickie trip to nab some preshow food at Caracas Arepa Bar, a former East Village favorite still up and running in Williamsburg. 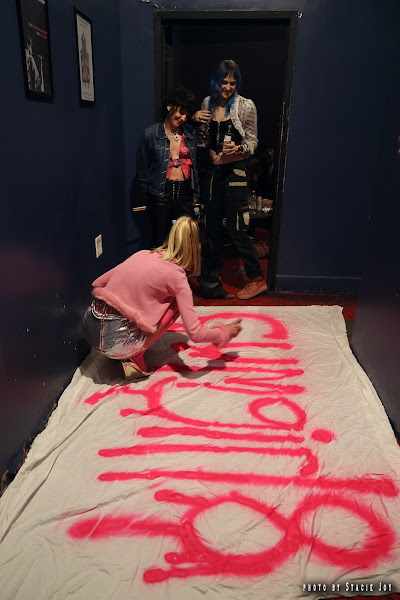 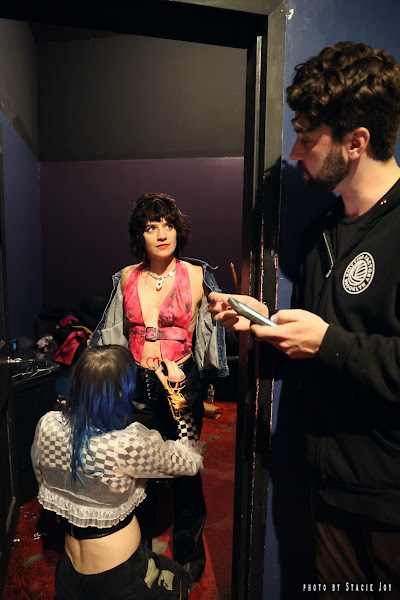 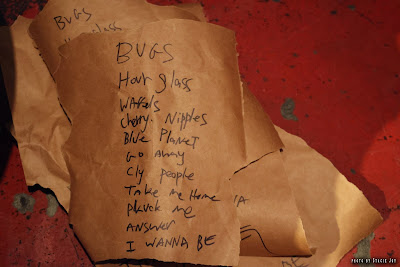 The show itself is chaotic, loud, pleasurable — cusping off the pandemic, people are eager to celebrate, and the venue is filled with dancing and fans singing along... 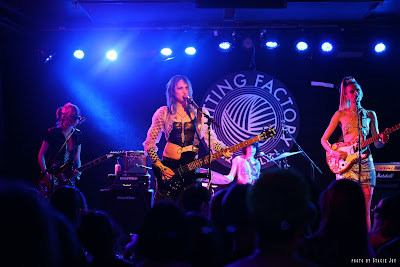 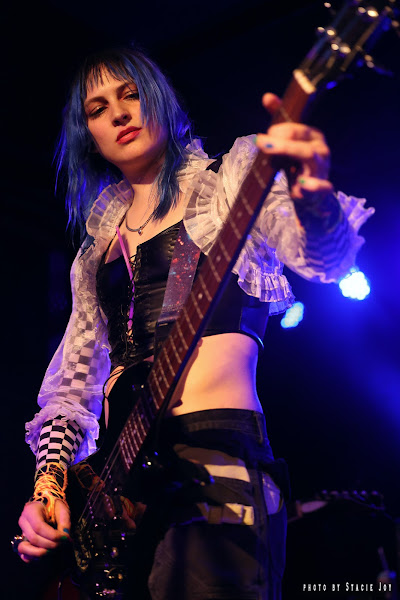 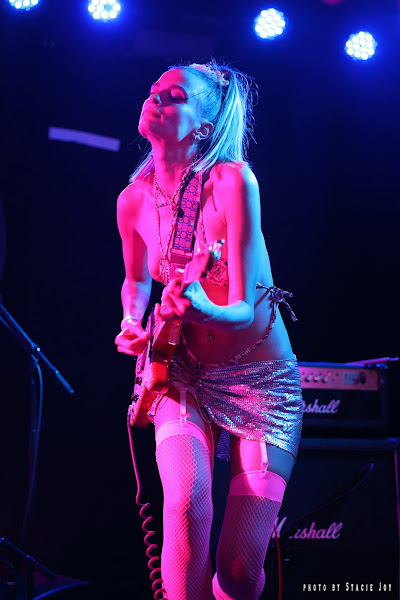 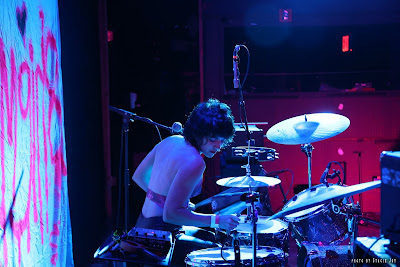 After the show, I chat with the three core members about the band’s history, creativity during a pandemic, censorship, and normalizing female sexuality.
What were the common interests that led you to initially form a band beyond just jamming with friends?
Lida Fox: It really began as an outlet to express frustrations we faced in our lives and work and to vent toxicity from relationships. It was basically a healing/empowerment mechanism. We all have backgrounds in dance, art, and performing, so when we get together, it’s basically freeform pent-up energy, sometimes verging on insanity.
Before we started this, I faced so many blocks in the way I thought I could express myself, but now I feel almost anything is possible. We all have pretty varying tastes in music, art, film, etc., but they complement each other in amazing ways.
Some of the band members live/work in the Lower East Side or East Village. How do local events and shows — such as your fashion week show at Cafe Forgot and performances at the Flower Shop — differ from audiences in Brooklyn like at Baby’s All Right or tonight’s Knitting Factory show?
Veronika Vilim: I haven’t noticed too much difference in audiences, but I would say there is more of a younger crowd at shows in Brooklyn [Williamsburg/Bushwick] than shows in Manhattan. Having the fashion show during the day and it being a fashion show event, more people were interested in fashion. People like my mom and dad, for example, come to the daytime shows (fashion shows and music shows) in Manhattan rather than the show at the Knitting Factory, because it was not only at night but also because it was in Brooklyn.
How have you seen/heard your sound evolve from the early days of the band?
Chase Noelle: In the early days, we were learning how to communicate with each other. Our first EP is fucking insane, impulsive, id-driven. We got a lot of comparisons to punk bands like the Desperate Bicycles and Flipper.
We’re influenced by ballet and opera and club music, truly all over the place, and that’s why we sound so weird. Now our sound is more focused — it’s still shameless, but our musicality is showcased now and more directed. We really want to make people dance without feeling self-conscious. Our single “BUGS” is inside of that. We still sound fucking insane, especially live, but there’s a laser focus that cuts through it all.
And how about your live performances? Do you feel more confident with each show?
Vilim: Yes! I feel like every show we play, we evolve together and become more of a team. We understand how to perform more and really embrace this character/world we have been developing! Watching videos from our live shows from the beginning until now, you can really see a difference in our performance. Also, now with the audience knowing our music more, there’s really a vibe with the crowd and that makes such a difference as well ’cause everyone really vibes together.
What’s your take on NYC right now as being a welcoming environment for a creative spirit?
Fox:  I think there’s a welcoming creative environment now more than ever. [At least] in the last 12 years I’ve been here. The pandemic sucked, but it made everyone realize what a privilege it is to perform or be in the same room with a group of people dancing/jumping/going crazy together, watching a movie, appreciating art, etc. There’s so much more appreciative energy now, and people don’t hold back; they aren’t as jaded.
Also, I feel that the creative community has gotten closer, I mean literally smaller, but also tighter and more support amongst the people who are still here. It’s still insanely expensive to try to survive and make art in NYC, though.
You just released your second EP, RIPcumgirl8. That’s an ominous title. Do you have plans to continue with cumgirl8? What else is on the horizon — perhaps another clothing collection?
Noelle: RIPcumgirl8 is two-fold, but on the surface, it’s an homage to our Instagram that was deleted. We’ve been heavily censored, our YouTube got taken down and — believe it —  even our website started garnishing our sales because they’re...fascists?
Don’t get me started. But yeah, that’s the first layer. Our identity is entrenched in internet culture, especially chatroom vibes from when we were coming of age. “Cumgirl8” is a screen name. It was really fitting when, after all of this feminist, sex-positive, youth outreach work we did, we ultimately got censored and then deleted.
The whole point is to push and push and move the needle, so people eventually stop feeling shocked when they see the words “cum” and “girl” together. So it’s par for the course, perhaps. They deleted us right before we hit 10,000 followers, right after we released our first EP.
Thankfully, we got our old handle back, but we had to start over. There’s a second, dissociative meaning to “RIPcumgirl8” that’s a lot more personal to us, but you can uncover that in the lyrics. 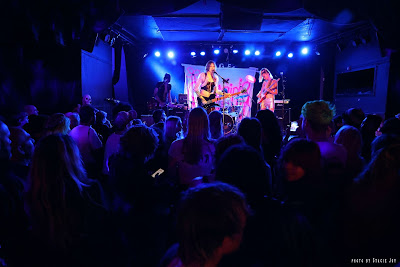 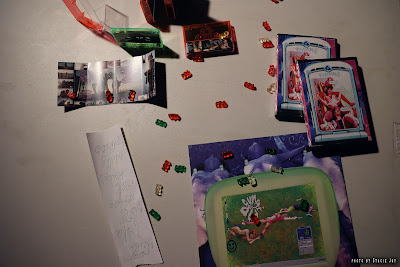 You can keep up with the band via Instagram.
And check out the video for the new single “BUGS” right here ...
Posted by Grieve at 11:30 AM