Beyond Sushi will not be reopening on 14th Street 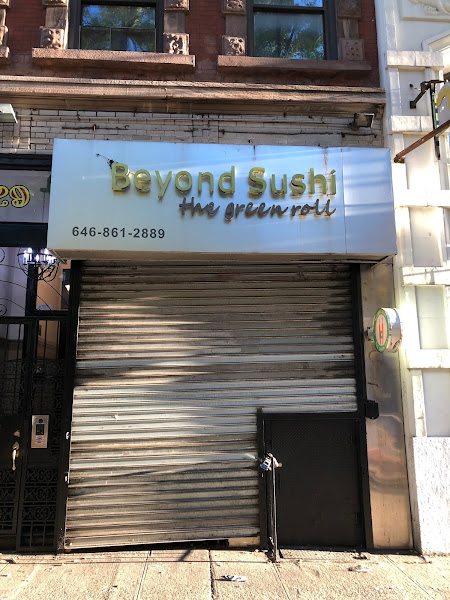 Beyond Sushi has closed for good here at 229 E. 14th Street between Second Avenue and Third Avenue.
We noted in early October that the vegan restaurant had not been open in recent weeks. This location was no longer on the Beyond Sushi website, and Seamless lists them as closed. A Beyond Sushi rep did just confirm the permanent shutter.
Beyond Sushi, part of a chainlet of plant-based quick-serve restaurants, opened here in July 2012. Four other locations remain open in NYC, including at 215 Mulberry St. near Spring.
Posted by Grieve at 4:49 AM

Email ThisBlogThis!Share to TwitterShare to FacebookShare to Pinterest
Labels: Beyond Sushi, closings 2021

While it’s sad to see places close here all the time- there is something about the combination of sushi and 14th street that just doesn’t fit. Hope something good replaces it. I vote for knishes.