Beyond Sushi has not been open lately on 14th Street 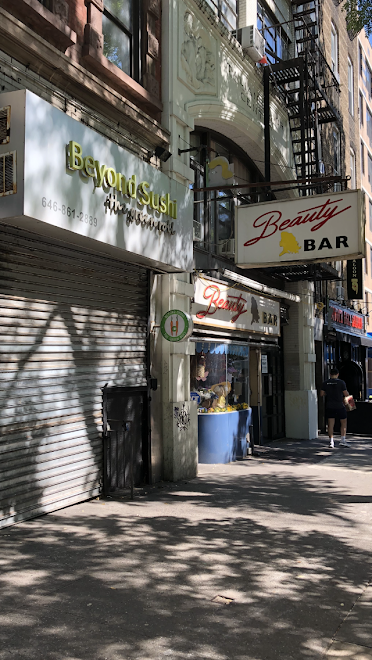 The gate has been down of late at the Beyond Sushi outpost at 229 E. 14th Street between Second Avenue and Third Avenue. (Thanks to Pinch for the photo!)
This location is no longer on the Beyond Sushi website, and Seamless lists them as closed. They did not return a message seeking comment about their East Village store.
Beyond Sushi, part of a chainlet of plant-based quick-serve restaurants, opened here in July 2012. Four other Beyond Sushi locations remain open in NYC, including at 215 Mulberry St. near Spring.
Posted by Grieve at 5:00 AM

Email ThisBlogThis!Share to TwitterShare to FacebookShare to Pinterest
Labels: Beyond Sushi

Sad to see places close but that place always smelled excessively of mushrooms. Excited to see what its replaced with.