Over at the A Building on 13th Street, workers are currently erecting a sidewalk shed outside the world-famous, pool-party palace... 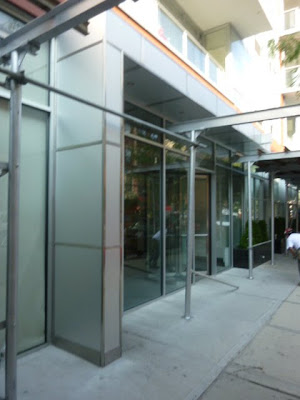 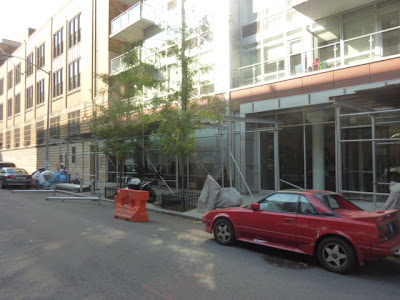 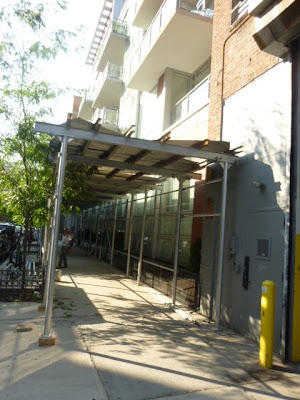 Perhaps workers are ready to fix some of the "massive" problems found at the building, as The Real Deal reported earlier this year... Per The Real Deal's Sarah Ryley:

Beneath the two-year-old building's reputation for hosting raucous rooftop pool parties lies a reality worse than the most killer hangover -- flooding, crumbling balconies, alleged mismanagement of the condo board's funds and two unresponsive developers who have left owners banging their heads against mold-ridden walls, claim several residents who forwarded dozens of documents detailing these issues to The Real Deal.

Email ThisBlogThis!Share to TwitterShare to FacebookShare to Pinterest
Labels: 13th Street, East Village, the A Building