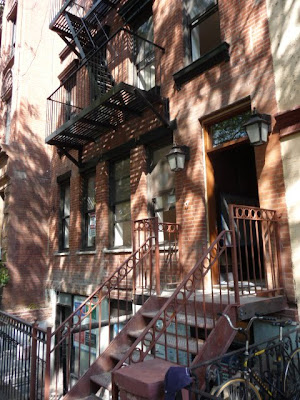 At that time, a prospective tenant told us that he had been approved for an apartment in the front building here along this picturesque stretch that faces Tompkins Square Park. Per the tipster: "We were told the entire building was no longer going to be listed for rent. This was while we were in the process of cutting checks for lease signing. Something is up with this building."

And, thanks to another tipster, we know the answer: The front building is apparently now part of the Hotel Toshi empire, the short-term apartment rental network with 18 buildings — totaling some 50 apartments in downtown Manhattan and Williamsburg. 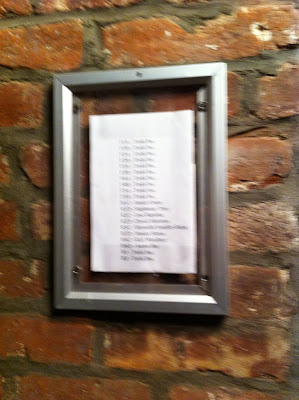 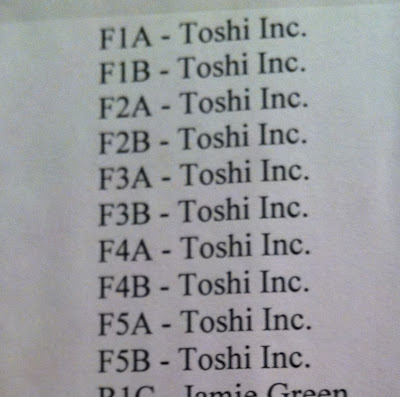 The rear building with the studios will remain residential....

The arrival of a Hotel Toshi in some neighborhoods hasn't always gone so well. In a May story from The Brooklyn Paper titled "Neighbors say Hotel Toshi is a horrorshow hostel":

A hipster hotel that occupies part of a converted loft building in Williamsburg has become such a crash pad that some renters are moving out.

Tenants of a six-story building on Driggs Avenue and S. Fifth Street are accusing the operators of Hotel Toshi of creating a nuisance by allowing their transient guests to throw rowdy late-night parties.

Tenant activism led to the departure of a Hotel Toshi back in June, as NYC the Blog reported.

Curbed has also been covering the various Hotel Toshi sagas through the years. You can read all that here. Perhaps 325 E. 10th St. will become another saga to follow...
Posted by Grieve at 7:10 AM

Gotta say this amazes me. Can this be legal?

Answered my own question: A new NYS law was passed this summer that bans apartment rentals less than 30 days, effective May 1, 2011. It seems like it should put Toshi-like companies out of business, but it also prevents short-term sublets by individual tenants.

Toshi was in my building and thankfully we were able to get them out. We posted signs around the neighborhood alerting people of the illegal hotel, made calls to 311 letting the city know what was going on, and a group of us in the building alerted our management company that we would not be paying rent until they were evicted. It took a few months, but out they went.

This is your most outstanding write up so far. Keep up the good work!
hotels manchester

@atif: Thanks for the Spam! I'm working the day shift and haven't had any breakfast yet. Burp.

Since I am a mere 50 feet away from this scenario, I will certainly keep you posted! Argh!

So you sayin' this WASN'T my best post ever?

Anyway, I have to go book a hotel for my trip to Manchester....

When I was looking for a new apartment recently one of the places I looked at was a Hotel Toshi on its way out (maybe Anon's building?) on Grand & E. Bway. It was downright weird. 3 bed setup in a decently nice 2br apt, took a few minutes to realize exactly what was going on there.

Coincidentally... my new apartment in WBurg is directly across from the Toshi on Driggs that has caused problems, and they're still open.

To answer your question... No these are not legal, at all. And the city has been trying to crack down on them... but not necessarily succeeding.

They also do sketchy things like set up in buildings without certificates of occupancy. They're totally shady.

Interesting. With Toshi's reputation, I wonder why the owner opted to go with them rather than renting to legit tenants?

Wow. I live on the block, very, very close to this building. I actually walked through it. This project has been a stop and start mess for years now. It's not surprising that the drama isn't over. EVG- well done, thanks for the info.

Goggla... because Toshi is probably willing to pay ridiculous rents..

Check out their rates: http://www.hoteltoshi.com/manhattan.htm

some of those are $250/night... multiply by 30 days and you have $7500 a month for Toshi. Even if they only make 50% profit, thats still way over market value for most these apartments, and I'd guess landlords go even higher with them.

Landlords aren't exactly the most straight and narrow bunch either...

Did anyone see the Hotel Toshi van parked out in front today?

I give him due credit because he's consistent at what he does, although what he is doing is highly illegal. He’s a real con-artist! Although, I DON’T AGREE with his operational methods. He's converting a residential building into an apartment without which isn't permissible due to the law. It prohibits New York City apartments to be rented for less than 30 days. This has been disputed over and over again, but people like Toshi Chan don't give a damn if the system is cracking down. Since there is a profit to be made whether legal or not illegal, they will do it. It doesn’t matter if there are long-term residents residing there; anything for a tourist’s buck is his motto. When the task force shuts him down and numerous complaints are coming from 311,then help will be on the way. Therefore he will continue to be one of the scumbags pursuing this money-making scandal, until the law greets me at his front door. Even if he runs into trouble with the government, he’ll just run. I also think that if people do not use their own voice and are unable to decipher between what's an exempt property regarding the law versus what's legitimate, and also stand up for their rights: nothing will happen. The people will gain nothing, because you obtain what you put forth. For every battle there is a struggle, and if you don't speak, who will!? You have to be the change you wish to see, and that's why I am glad that this article is addressing what's really happening in NYC.