Yesterday, William Scott — better known as Barnacle Bill — would have turned 46. Bill passed away in 2009. In his honor, someone set up a makeshift memorial for him along Crusty Row in Tompkins Square Park... 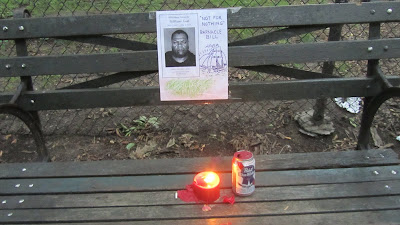 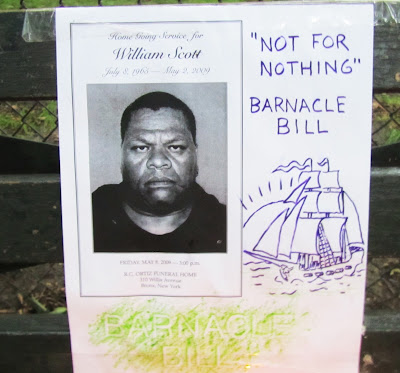 As Lorcan Otway wrote for The Villager in May 2009:

“Barnacle” was well known in the East Village as a gentleman and a gentle man, in spite of his hardscrabble looks. Bill wore a nose ring, and had a large, upturned scar on the left side of his mouth, giving him the look of a pirate, but that was the farthest from the reality of this man.

You can read more about Barnacle Bill here.

Photos by Bobby Williams.
Posted by Grieve at 9:09 AM