Here's the flyer for the last show at the Lakeside Lounge

As New York Music Daily first reported, the Lakeside Lounge is closing after 16 years on April 30. There isn't going to be any gala farewell parties at the live music venue on Avenue B at East 10th Street, New York Music Daily noted. The bands already on the schedule will be playing... and here's the flyer for the Lakeside's very last live show... 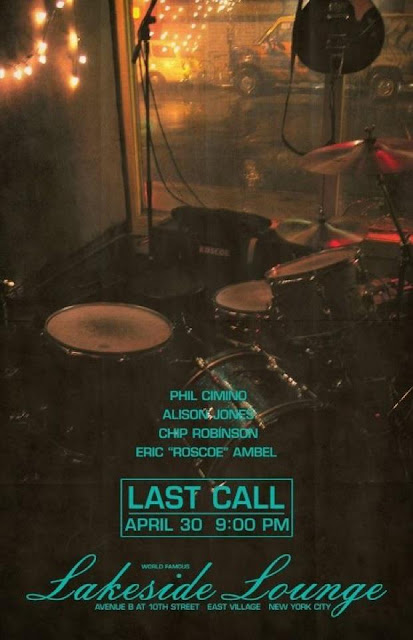 Until then then, you have another week to stop by ... Also, the Times has a piece on the Lakeside here today. Co-founder Eric Ambel, whose band is playing the last night, told the Times: "The economics of the new East Village caught up with us."

h/t Shawn Chittle
Posted by Grieve at 6:49 AM

This is one sad last call!

I love how these mainstream articles on the EV always have to include the word "gritty". I have partied and lived here all my life, never considered myself "gritty".

A bar that had bands and a great jukebox is "gritty". I give up.

"Gritty" my ass. Like you, I've spent my entire life in the city. I've never referred to a joint with great music and beer as "gritty". I called it "home". And, that's the way I felt about Lakeside Lounge. Right now, I feel like I'm the one being thrown out of my house.

At least there are still Vazacs and 7B left in the neighborhood to party at.