On second thought, workers have apparently returned to the Schwimmer's

On Tuesday, we noted that full-on construction had yet to re-start at the Schwimmer Palace on East Sixth Street...

The city had issued a Stop Work Order after a minor mishap on April 3... the city was allowing workers to address the specific violations — "missing guardrails, openings at egress, housekeeping, and interior scaffold no permits."

After our post, several nearby residents said that work had resumed...

I live next door. They were there today welding steel and laying cinderblock. According to my landlord they are NOT permitted to work yet just make safety (scaffolding) repairs. They are in violation.

Yesterday, we did spot workers at the job site... 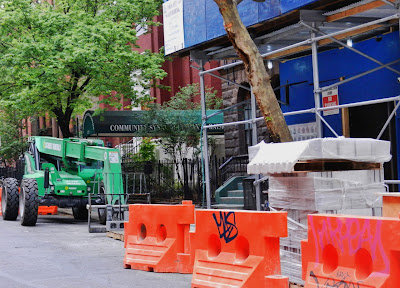 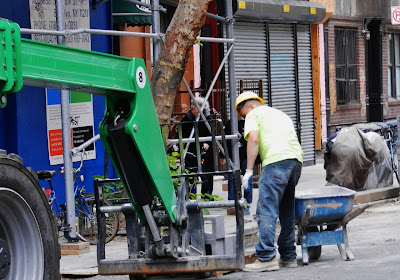 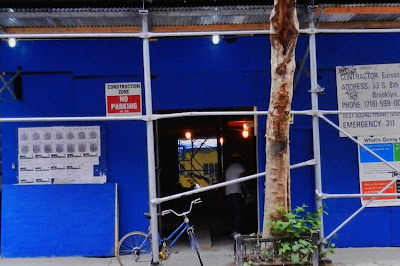 Photos by Bobby Williams.
Posted by Grieve at 6:35 AM

DUCK DAVID SCHWIMMER, WHAT A PIECE OF SHIT FOR DOING THIS!