Ronald McDonald and Banksy visit the Lower East Side 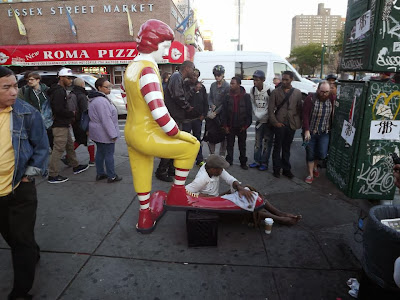 So this happened late this afternoon outside the McDonald's at Delancey and Essex... EVG Facebook friend Edward Arrocha shared these photos of Banksy's "All City – McDonalds" traveling sculpture show ... featuring a fiberglass statue of Ronald McDonald getting his clown shoes shined by "a real live boy," per the British artist's website. 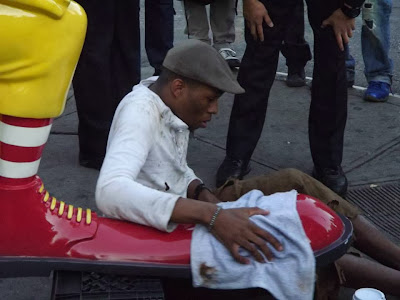 The audio guide (Animal NY has it here) from Banksy's website says that this can be read as "a critique of the heavy labor required to sustain the polished image of a mega-corporation." 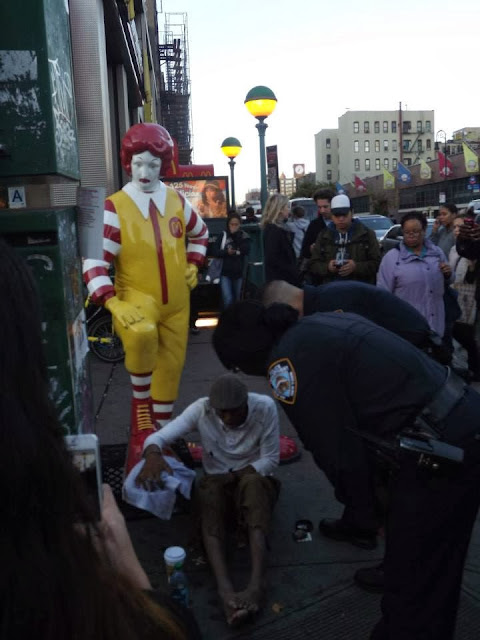 The Lo-Down reports that five police cars responded to the scene... though, with the crowd apparently on Banksy's side, the NYPD allowed the shoe shine to continue through to its conclusion... 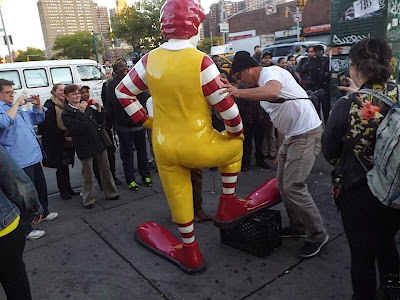 ...and there were rumors that the fellow carrying Ronnie off into the night was Banksy himself... 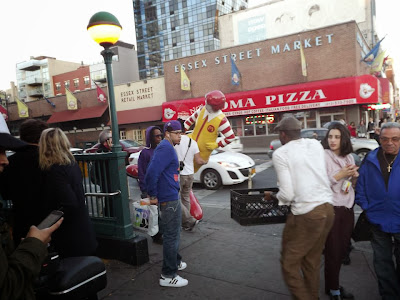 Glad to see NY's finest on the scene so quickly when a corporate entity is having its feelings hurt by art.

If only they were so quick to respond to people screaming, fighting, revving motorcycles and smashing glass at 4am outside any one of the EV's hundreds of bars in residential areas.

If I were to buy Banksy's Ronald McDonald sculpture, do you think he'd give me fries with that?

If the answer is yes, do you think they would be real fries or just a plastic replica of fries meant as a statement about the nature of consuming processed food in a post-industrial pseudo-intellectual corporo-fascistic world?

And what are the chances he would he throw in some ketchup with the deal?