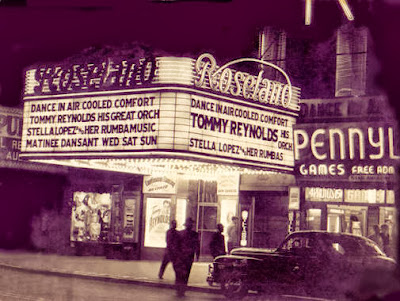 On Saturday, we posted the scoop from Billboard about the Roseland Ballroom's closure... at the time of Billboard's report, there hadn't been any announcement from Roseland's ownership.

They made the it formal today with the following release received via the EVG inbox...

Today, Roseland Ballroom announced that it will cease operations in April 2014. Roseland Development Associates, LLC, owners of Roseland, issued the following statement in response to media reports about the venue’s closure next year:

“The owners of 239 West 52nd Street have operated the Roseland Ballroom for over three decades. Managing Roseland has been a labor of love, which is why we have deferred major changes for all these years. Plans to redevelop the property are now underway and will be made public when they are finalized. Roseland will cease operations at the end of April 2014.”

Live Nation, the world’s leading live entertainment company, which has had an exclusive music booking agreement with Roseland Ballroom since 1990, issued the following statement:

“We enjoyed being a part of the history of the Roseland Ballroom and we will continue to celebrate its rich history with an unparalleled closing run of shows. One of the best things about New York is how our city continues to reinvent itself and we look forward to sharing our tremendous plans for live entertainment in the city for 2014 and beyond.”

The space was a sentimental favorite for me... and I agree with an anonymous commenter's thoughts on the Roseland:

Saw the Cramps at Roseland when I was in High School -- still one of my favorite shows ever. Will miss this place.

Can't this place be landmarked BEFORE they fuck it up????

I was in there recently -- it is a beautiful time capsule, one of the few unchanged venues from MY old New York,.,..

I saw a lot of great shows, My favorite will always be Social Distortion.

Yes. The place is very nice but the sound was not! Just saw Blondie and X a couple of weeks ago and literally did not stay for the whole show as the sound was horrendously bad!

I saw Bob Dylan there with opening act Cheryl Crow. On the Enchore Bob had Neil Young and Bruce Springstein playing guitar on either side.

Type O Negative several times, including one Halloween where they performed in rubber masks for the whole show so we never got to see their faces. RIP, Pete, you are missed.

I've no issues with the venue itself and had a great time the handful of shows I went there, but what was the point of keeping this place going the last few years when they were barely putting on 3-4 shows a month?

Love those old venues- The little details like the old powder rooms were so cool. I can't believe how culturally bankrupt we are now we cannot sustain live music/ dance club venues in friggin NYC of all places