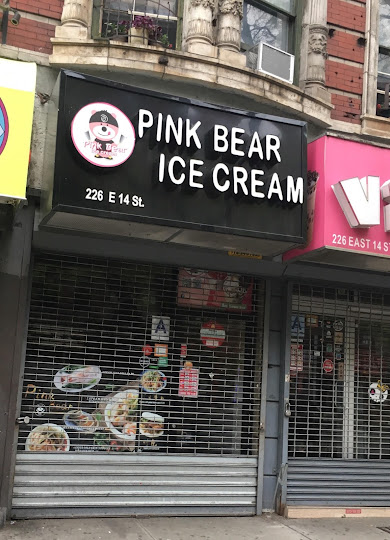 It appears that the quick-serve Pink Bear shop has closed on 14th Street between Second Avenue and Third Avenue.

Several readers (H/T Shiv and Gojira) noted the gate has been down of late during announced business hours. Both Google and Yelp report that Pink Bear has permanently closed. The phone is also disconnected.

Pink Bear opened back in the spring of 2016, and served a variety of rolled ice cream, not to mention traditional rice and noodle dishes.
Posted by Grieve at 4:02 AM

No one here even has the strength to say, "no surprise."

In fact it took almost 2 whole years to close!

It will be sorely missed.*