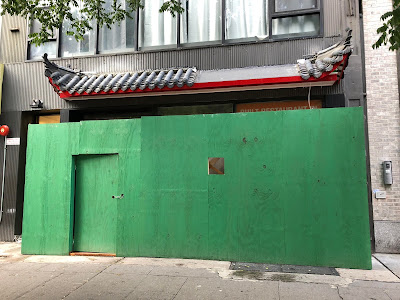 The storefront at 218 E. 14th St. between Second Avenue and Third Avenue is starting to shape into the first Manhattan outpost of First Lamb Shabu, a Beijing-based hot pot chain with more than 300 locations in China.

As the Commercial Observer reported back in April, the company, which has a location in Flushing, signed a 10-year lease for the space with a $20,000-per-month rent.

The storefront has been empty for several years, ever since Dunkin' Donuts (DD!) decamped for a smaller space on the block in August 2015. 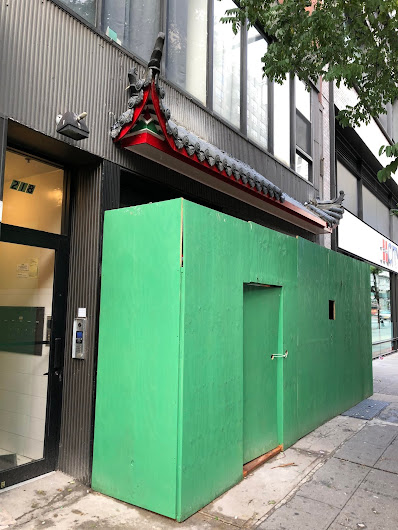 The Dunkin' Donuts space on East 14th Street is for rent

Beijing-based hot pot chain taking over the former Dunkin' Donuts storefront on 14th Street
Posted by Grieve at 4:05 AM