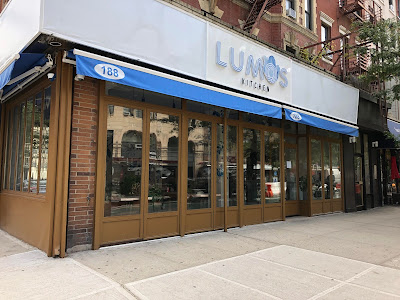 Lumos Kitchen, a high-profile restaurant that opened in the spring at 188 Second Ave. at 12th Street, remains dark.

A sign on the front door, which one neighbor estimates has been here since early August, notes a temporary closure and the words "gas meter." 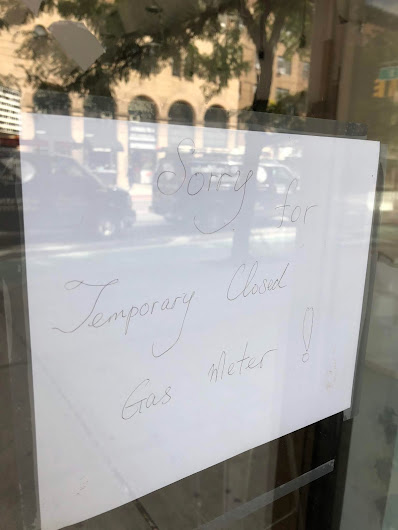 According to the Department of Buildings, there is a Stop Work Order on the restaurant dated July 25. Per the DOB: "GAS WORK DONE WITHOUT A PERMIT IN KITCHEN OF THE RESTAURANT FOR KITCHEN EQUIPMENT. WORK CURRENTLY IN PROGRESS. NO PERMITS POSTED."

The complaint also notes: "ACCESS TO PREMISES TO INSPECT APPROVED WORK ACTIVE JOB #123258063 HAS BEEN DENIED BY MALE OCCUPANT AT APPROXIMATELY 10:50 AM. STOP ALL UNDER ABOVE CITED APPLICATION... MAKE SITE SAFE ONLY."

There doesn't appear to be much activity inside the dining room... 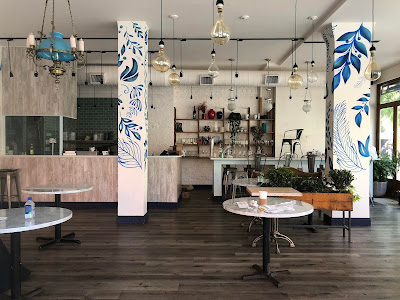 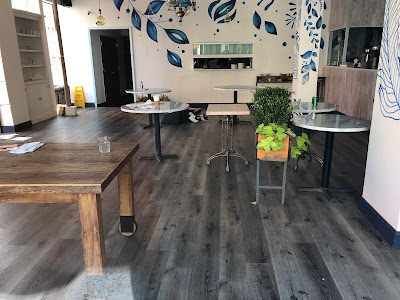 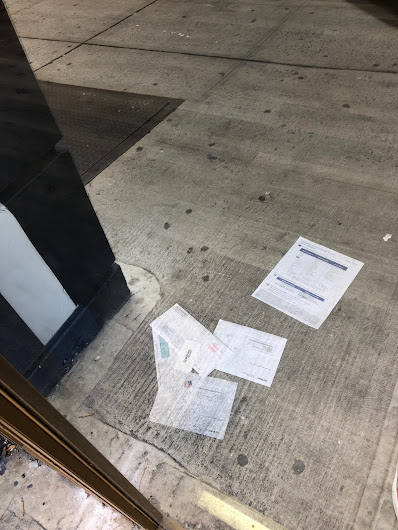 The phone to the restaurant is not in service. (Ditto for the the Lumos West outpost on Carmine Street.) No one from Lumos responded to an email or Facebook message about the closure. There isn't any mention of any closure on the Lumos website or social media properties. (Their Instagram account has been quiet since July 11.)

As we've seen in the past, these gas-related issues can be a lengthy process with the various parties involved — the DOB, Con Ed and the landlord.

Upon opening in April, The New York Times was generous with its praise in a preview of Lumos Kitchen, noting that the chef "fuses French and Chinese cuisine, in dishes like pan-seared quail with foie gras in a Chinese wine sauce, black bass glazed with baijiu-miso sauce, wok-fried tiger prawns, and foie gras fried rice."

This corner space has been a challenge for restaurants in recent years — Hot Pot Central, DumplingGuo and Dumpling Go — all came and went since March 2015. Before this, Shima had a lengthy stay here until January 2014.

Previously on EV Grieve:
Lumos Kitchen bringing the baijiu to 2nd Avenue
Posted by Grieve at 4:00 AM

Why does anyone bother to open a restaurant the EV these days, it has a 1/100 chance of succeeding.

If they're serving @#$^# like "foie-gras fried rice," they deserve to stay closed.

What a waste of space and money!