The Coffee Shop closed on Union Square, and what it might mean for NYC's restaurant biz 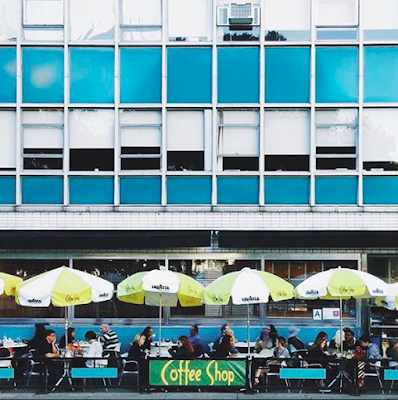 As you probably know, the Coffee Shop closed Sunday on Union Square after 28 years in business. (You can find photos from the last day at Gothamist.)

The rising cost of rent and wages were reportedly behind the closure.

Forbes had a piece back on Friday with Coffee Shop co-owner and president Charles Milite — who opened the space in 1990 with two other Wilhelmina models, Eric Petterson and Carolyn Benitez — that provides some perspective on the challenges of running a presumably successful restaurant here and now and in the future.

Milite told Forbes that rent had become “unusually high,” accounting for close to 27 percent of the restaurant’s gross revenues. Add in the scheduled $2-per-hour minimum wage hike set to take place on December 31 — an increase that, across Coffee Shop’s 150 employees and multiple dayparts of service, would have added $46,000 to the monthly payroll — made it impossible to break even by cutting costs elsewhere.

“It’s a wakeup call for our industry in general,” Milite said. “When a restaurant is one of the top-ranked restaurants in America, sales-wise, and can no longer afford to operate, you have to look at that and say there’s a shifting paradigm in the business.”

Milite predicts that this shift will lead to the gradual disappearance of 200- and 300-seat restaurants like Coffee Shop; in their places will come eateries with smaller, more focused menus and limited service. He’s already trying this with Flats Fix, a fast-casual taqueria right next to Coffee Shop on 16th Street.

A bank branch is rumored to be taking the space, Forbes reported.

Email ThisBlogThis!Share to TwitterShare to FacebookShare to Pinterest
Labels: closings 2018, The Coffee Shop

I never ate here, personally large noisy restaurants where people go to be seen and to look for models hanging out was never my thing. I think it is ridiculous to use the raising of minimum wage as one to the two reasons the owners can no longer afford to remain open. Those earning minimum wage work hard for scraps and most likely have long commutes from the outer boroughs. However the landlord is probably not hurting and just decided to get rid of this restaurant with a major lease increase to diversify that source of income. If you run a restaurant which feeds people yet employ people that can barely feed themselves because you pay them too little then I don't feel sorry for you.

Honestly, if it weren't for Breads and Tsurutonton, there'd be no reason to look at, let alone go to, the west side of Union Sq after Blue Water Grill closes.

At least the south side of the park is vaguely useful, even if it is filled with chains. But really, the SW corner already has Citi and BofA and HSBC. Does Wells or Chase feel left out of the party?

Nobody goes there anymore, it's too crowded. Beautiful signage.

It means that a more expensive restaurant will open there?

Ooh, we're cycling through changes: restaurant, then bank - what comes after that? Drug store, cell phone store, bar? There are only a few choices actually these days!

Wilhelmina Models make anywhere from $150/hour to $10,000+ a day for a shoot, so why would this guy care about paying his own employees minimum wage? Coffee Shop hired lots of models who counted on making income from their shoots to balance out the low pay. But a extra 2 bucks an hour is what he harps on now that their time is finally over. Well that’s one way to keep your model waitresses skinny, just don't pay them enough to eat!

Coffee SHop was fun and cool back in its heyday, but turned into something much less special years ago, along with the bland food and sketchy service. I’ll miss the neon sign on the quirky looking building, but thats about it. Agree with the comment above that Breads is the only reason to go down that block now, and their Babka is the best in the city. Flats Fix is where Alexandria Ocasio-Cortez worked before she was famous, so maybe that’s the next hotspot in the area.

this is just the start
starting when the minimum wage goes up to $15 on 12/31 you are going to see lots of places close
if your payroll goes up $100.00 per hour overall then thats the end
its great that everyone is getting a raise but good luck finding a job
thanks Khuomo

Chat N Chew has reopened on 16th St - although with significantly higher prices. No surprise, since rents are so high, but still another reason to go down the block.

The Starbucks moved from the corner of 17th St and Union Square West when the rent was raised to $150,000/mo. The make-up store that is there now is probably using it as a loss leader to promote their on-line sales. That corner was getting 50,000 crossings a day about 8 years ago according to a counter that was placed in the street. I can only imagine the number of crossings now. It's no wonder that the building owner feels he can toss out Coffee Shop in lieu of a higher paying tenant.

I dont' see where Milite is "harping" about the $2 increase in staff wages. In the Forbes article and quoted here, he has only mentioned it as one of the cost increases that has led to closing the restaurant. With a staff of 150 and open 23 hrs a day, the additional $46,000 is a significant cost. It doesn't mean that he is objecting to it.

Maya Rudolph and Laverne Cox both worked there for 10 years, so it seems apparent that he treated the staff well - no one stays that long if they aren't being treated well and aren't making money. And I don't believe either of them were Wilhelmina models.

What is important in what he says is how the rents and wages are impacting the type of restaurant we will end up with in NYC. I, personally, don't like "bowls." Finding affordable food that isn't chopped up in a bowl, a taco, a pizza, coffee or Chinese food is harder and harder to find in Union Square (where I work) and the East Village (where I live). Sitting down in a restaurant with china plates and real silverware and interacting with a server is becoming a thing of the past.

Too much attitude from the staff - stopped going there ten years ago.

And then, of course…before it was "Coffee Shop" run by Wilhemina models, it was Jason's [Greek] Coffee Shop. That is the real endangered species.

When I came to NYC in 1980, Union Square was the shittiest, trashiest, diviest neighborhood around! And we liked it that way; we loved it!

and the tyrannical trend of cashless - no choice and every transaction reported to the State.