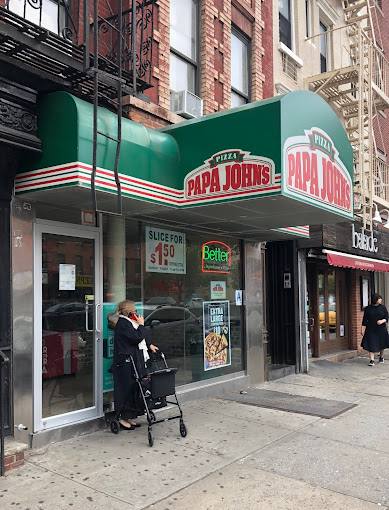 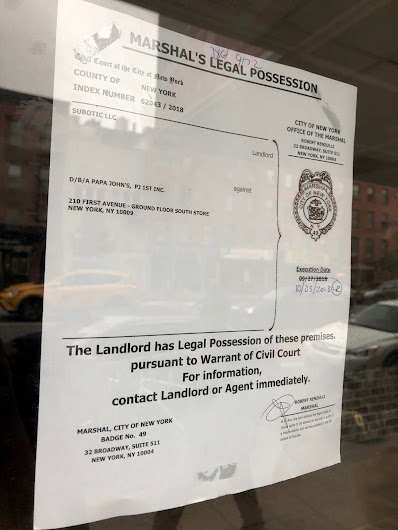 The storefront between 12th Street and 13th Street is now in legal possession of the landlord.

There have been recent reports that Papa John's could close up to 250 stores if sales do not improve.

In July, same-store sales at the beleaguered pizza chain plunged 10.5 percent after it came to light that Papa John's founder had used a racially charged slur on a conference call. That trend continued in August.

This Papa John's opened in November 2010.

Our Papa John's archives can be found here.
Posted by Grieve at 4:20 AM

Email ThisBlogThis!Share to TwitterShare to FacebookShare to Pinterest
Labels: Papa John's, The Marshal

If only they’d just gotten a liquor license.

sorry to see it go. where else are you going to get a large pizza for $10 (with an abundance of coupons)? sure it's not as good as the local pizza but you aren't paying $20-$30 for it either. plus the guys that work there were great and hardworking.