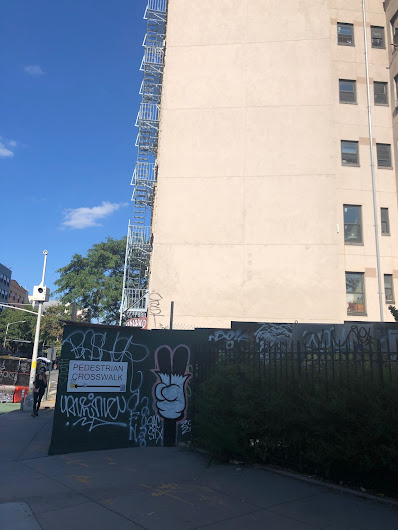 The city issued partial work permits on Monday for the 10-floor, 10-unit condoplex that has been in the works for years at 14 Second Ave. between First Street and Houston.

Back in January 2019, workers set up a construction camp, which marked the first signs of the condoplexing ahead for Treetops, the name of the residential building that will rise here adjacent to First Street Green Art Park... 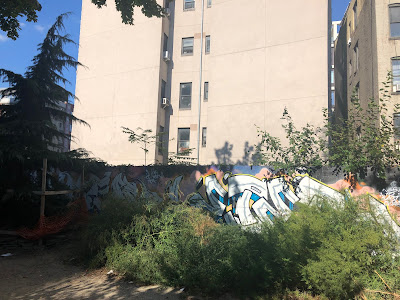 Owner Daniel Vislocky (of development firm Station Companies) told Curbed in December 2018 that he "expects prices to be in the $2.8 million to $3.5 million range" for the building's units, where residents will have access to ground-floor storage and a gym.

Vislocky also said that he'd be working with a consultant to take the appropriate steps to remedy the Stop Work Orders dating to 2000 and 2009, which was long before he owned the property.

This site has been vacant for years, last housing Irreplaceable Artifacts until its demolition by the city in July 2000. There's a lot of back story, which the links below cover...