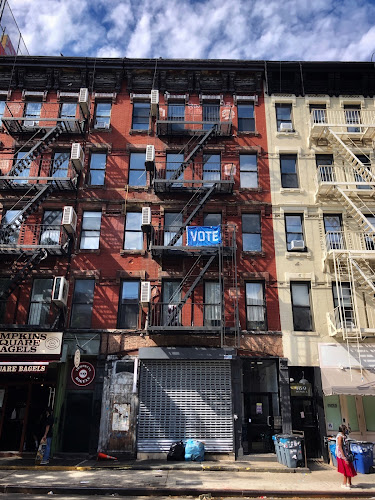 Email ThisBlogThis!Share to TwitterShare to FacebookShare to Pinterest
Labels: vote

I encourage everyone to take advantage of the absentee option: it's fast, discreet, and you don't have to stand in line for any amount of time. But if you want to vote absentee, you have to request your ballot now: this is a good link to start with.

It's great to vote early!

Has there anyone who ever said vote meant vote for trump?

Don't vote! It only encourages them. P.J. O'Rourke

"The world's population is gradually dividing into two types--Anarchists and criminals." Benjamin R. Tucker (that would be Mr. Tucker to you)

An Anarchist or a bidenizer/trumpinator?

Hey Bill - thanks for your 2016 vote for Mickey Mouse - adorable! But I'd bet not everyone thinks your joke vote - which basically meant a vote for Trump - is all that funny. A few instances:

Kids in cages at the border; Families torn apart by ICE raids; 200,000 plus dead from COVID; 30 million unemployed; Tens of thousands of Puerto Ricans still without electricity; 14 million households facing hunger; People of color being terrorized by neo-nazis and their cop buddies; Women who are about to lose the right to make their own healthcare choices;God only knows how many people with preexisting conditions who are on the verge of losing their healthcare...

I'm an agnostic who is literally praying that most Americans can tell the difference between Biden and Trump and take voting seriously. This is not a game. This isn't the time to sit out an election or to vote for cartoon characters and/or Third Party candidates. Too many people have lost everything under Trump, and I'm sorry you don't see that and are willing to subject us to 4 more years of chaos and death because Mickey Mouse or whoever's your Purity Unicorn candidate of choice isn't on the ballot, or because Biden won't be able to magically get us Medicare for All or free legal weed.

Biden wasn't my 1st or even my 4th choice, but he's a caring human being who believes in science, knows climate change is real, listens to experts, won't encourage nazis to march in the streets, won't rob Americans blind, who wants equal rights, pay & protections under the law for all including Muslims, LGBTQ people, and immigrants, who won't play country club golf every day on our dime, who won't take away our healthcare, who won't tell people to drink bleach or blame wildfires on exploding trees or make fun of disabled people and dead veterans or bully women. His response to 200k dead of COVID sure won't be "It is what it is".

In short, Biden has a soul. Trump, for all intents and purposes, does not. It's kind of mind-boggling that you don't see any difference between the two, and more than a little bit sad, too. Truly hope that the rest of us will turn out in massive massive numbers and VOTE FOR BIDEN AND DEMS UP AND DOWN THE BALLOT, because lives really are at stake here.

I plan on going to the early voting booth at Campos Plaza, opening October 24th, no lines and no chance my ballot will be dismissed as the tens of thousands who were in the June 23rd elections

Sarah,
I agree with you re: trumper. That said, the gub'ment cannot fix the problems you cite. Indeed, the State is responsible for most of these problems. Cages at borders, ICE raids, etc. are all done by the criminal organization known as the State. See Murray N. Rothbard's classic article, "The Anatomy of the State" and his book Power and Market. Then become an anarchist!

I'm thinking about writing in the boss--Springsteen. Or maybe Donald Duck. Or maybe your dog.
Your dog wouldn't cause any chaos. Indeed, we'd have peace.