PJ O’Rourke regroups with a pop-up space on Broadway 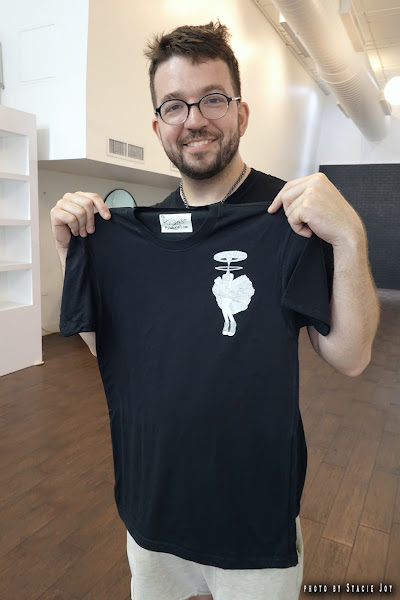 P.J. O'Rourke has proven to be as resilient as he is creative.
As EVG contributor Stacie Joy reported back in April, O'Rourke, an East Village-based artist and entrepreneur, had moved into a new high-profile storefront on First Avenue to sell his FlyeLyfe brand of hats, prints, T-shirts and other original designs.
Unfortunately, O'Rourke found himself locked out after one day following a dispute with his "so-called business partner." (Read that post here.)
However, as Stacie reports, he recently found a new home at 815 Broadway just south of 12th Street. The storefront is a permanent pop-up space leased by people and organizations to throw events. So, on those days, O'Rourke won't be at the address. He announces his schedule on Instagram. He also has online sales.
Stacie stopped in the other day to find O'Rourke at work with a heat press with new designs for T-shirts, hoodies and tank tops. The brand is now known as P.J. O’Rourke II ... 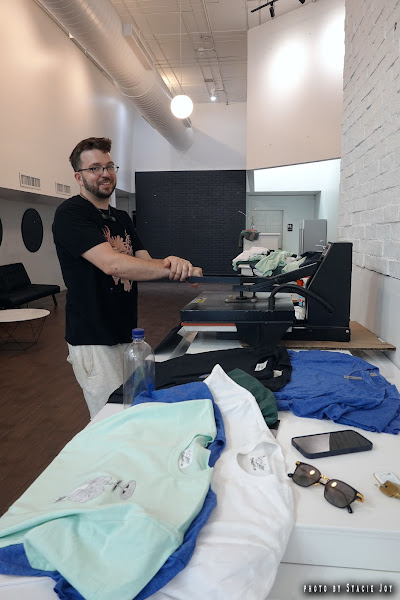 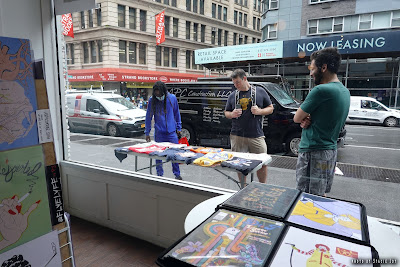 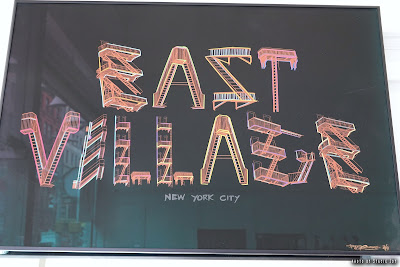 In 2012, O’Rourke started selling his merch on the L train via a mobile art cart. He was on a month-to-month lease on 11th Street between Avenue A and First Avenue for nearly 15 months before moving to First Avenue ... and now on Broadway.
Posted by Grieve at 5:25 AM

My go to for any and every gift. Amazing edgy work and he's a brilliant artist. Support local!!!

Love that East Village tshirt. Such a great idea.

I hope PJ has some design in maternity ware. I'm knocked up but still want FlyeLyfe swag! If not, then I will buy the next size up and have it altered to fit.