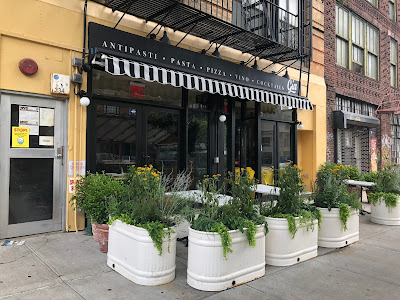 Gia Trattoria opened this week (Tuesday!) at 334 Bowery between Great Jones and Bond. (First reported here.)
Here's more about the restaurant via their website: 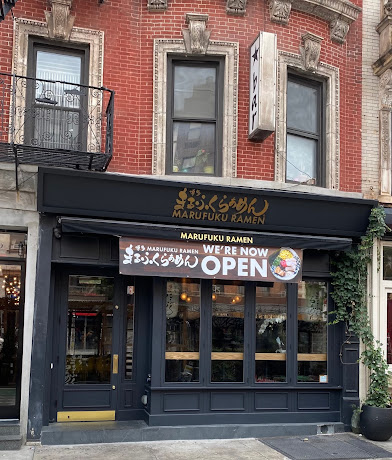 Marufuku Ramen opened Monday at 92 Second Ave. between Fifth Street and Sixth Street. (First reported here.)
This is the first NYC location for the growing brand that has five outposts in California and one in Texas.
About their food, via the Marufuku website:

Marufuku proudly serves the authentic Hakata-style Tonkotsu ramen — featuring milky and umami rich broth made from boiling pork bones for long hours, an ultra-thin artisanal noodles that match perfectly with the broth, and Cha-shu made from specially selected pork.

Steven took these photos as they opened on Monday... 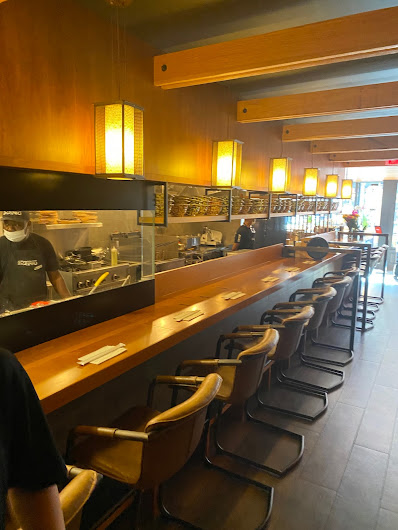 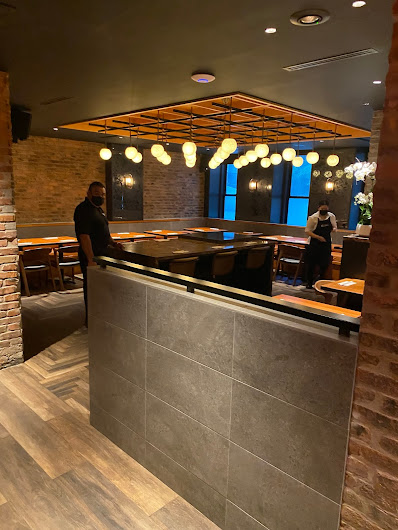 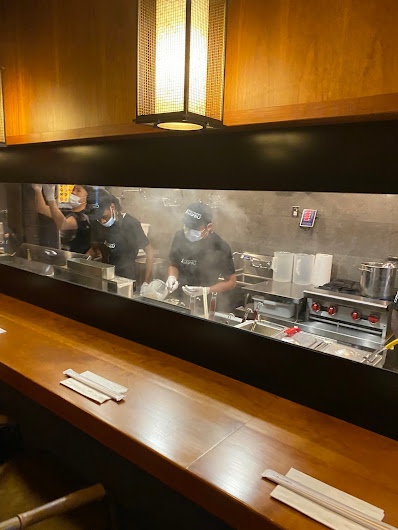 Hours:
Sunday-Thursday: 5-10 p.m., until 11 p.m. on Friday and Saturday.
The previous tenant, Sanpoutei Gyoza & Ramen debuted in January 2020 and never reopened after the PAUSE went into effect in March 2020. Some EVG readers may recall that Kabin Bar & Lounge was here until March 2015.
Posted by Grieve at 5:00 AM

$10 for "warm" olives! I feel like I've stumbled into an alternate universe.