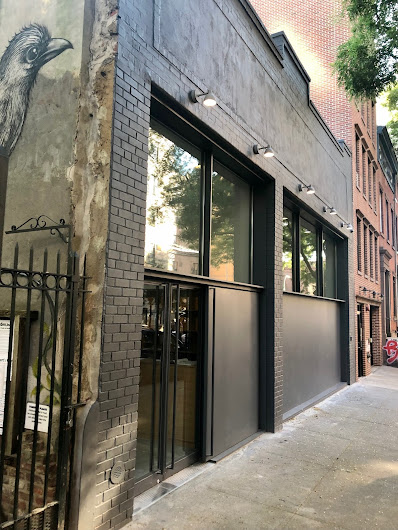 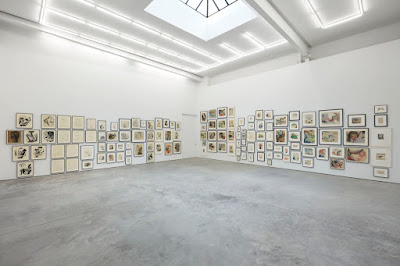 You can read an overview of the show at the Karma site here.
The New Yorker has an item on Lozano and her work at this link. An excerpt:

As the art world has grown increasingly careerist and market-obsessed, Lozano has attained cult-hero status for her commitment to absence. Now an astonishing selection of two hundred of her early drawings, made from 1959 to 1964, arrives as a jolting reminder of her ferocious way with materials.

The gallery is open Monday-Friday from 10 a.m. to 6 p.m.
As previously reported (here and here for starters), this is the latest EV expansion for art dealer and publisher Brendan Dugan, who debuted Karma at 188 E. Second St. between Avenue A and Avenue B in November 2016. A smaller gallery arrived later at 172 E. Second St. (Karma Books opened in April 2018 at 136 E. Third St. between Avenue A and First Avenue.)
As for 22 E. Second St., Willard Morgan started the Ideal Glass Studios, an artist-run film & TV production studio, in 2004 ... and the Second Street building was in use as a gallery and art collective. Morgan, who still owns the building, runs Ideal Glass Studios from space on West Eighth Street.
Posted by Grieve at 5:00 AM

I'm really upset they destroyed the Ideal Glass sign. Why???

Weird that a gallery that supposedly appreciates culture would get rid of the historic storefront.

Nice minimalist noir exterior.Glad that rusted sign is gone. The solid black is sleek and sophisticated. Inside, meh.