Some good Karma for 2nd Street? 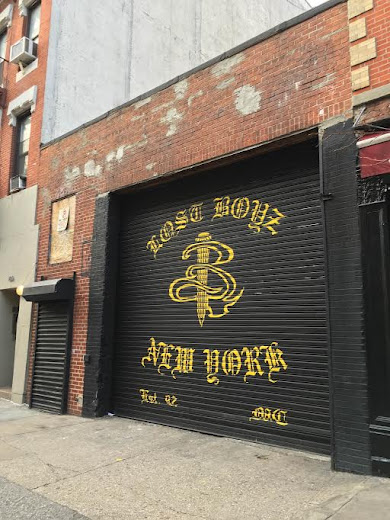 Work has been ongoing at 188 E. Second St., a former beverage distributor housed between Avenue A and Avenue B. The single-level, 2,600-square-foot space arrived on the market at the beginning of the year. (Per the listing at Leslie J. Garfield, the monthly asking rent for the raw space was $13,000.)

The plywood came down this week to reveal (via this EVG reader pic) ... 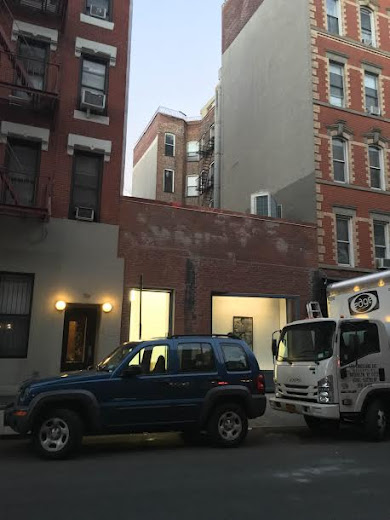 Turns out the space is the new home for Karma, the art bookseller and gallery. Karma opened in 2013 on Great Jones Street, and later moved to a temporary space back in March on Orchard Street.

Here's more on Karma and founder Brendan Dugan via ARTnews when he opened the Orchard Street space:

Karma’s roots are in publishing, but it has become known for hosting shows by contemporary artists including Mark Grotjahn, Brice Marden, Dike Blair, Rudolf Stingel, and Marianne Vitale.

He said he was working on a program schedule to host events once a week on Orchard Street, veering away from the usual schedule for galleries, which organize new exhibitions every six weeks. “It’s a way to keep busy while we finalize our space,” Dugan said. “This is an interesting moment to kind of not rush into anything.” He described the real-estate market as “really overpriced. I don’t know if we’ll find any relief, but it’s helpful to have time to look.”

He wouldn’t say where else he was looking for a permanent spot, but added that it would be somewhere in Manhattan. He did allude to the fact that Karma may stray from the pack, as it were. Dugan mentioned the absence of galleries on Great Jones Street, as well as at Karma’s Amagansett space, which will begin its 2016 exhibition schedule in May. “I like being in places just where we’re on our own,” he said.

The opening reception was last evening for the initial exhibit here.... featuring the works of Lee Lozano. The exhibit is up through Dec. 17. Find more details here. 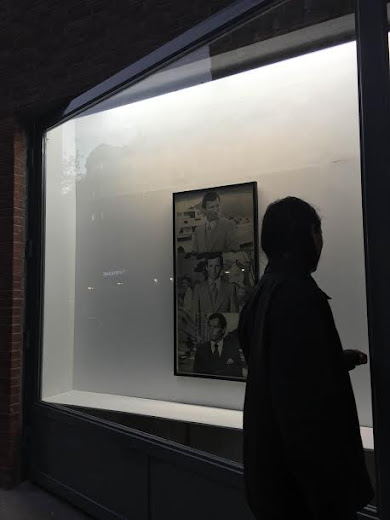