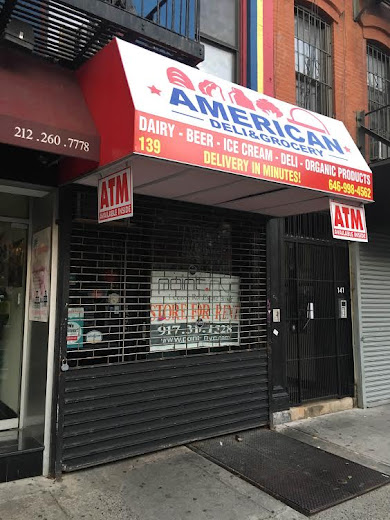 The deli has been dark here at 139 First Ave. for the past week (h/t Steven) ... and now a for rent sign hangs in the window of the American Deli & Grocery between St. Mark's and Ninth Street. The deli opened back in June. (Perhaps businesses with a variation of America in the title aren't such great ideas at the moment.)

The space was previously home to the hookah joint Scarab Lounge.
Posted by Grieve at 5:50 AM

They seemed hardworking and organized, and I was rooting for them, but I can't understand the business plans of these small delis paying market rents. The one across the street on First Avenue has been there a couple of years though.