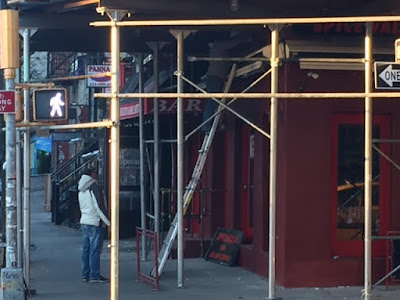 On Friday morning, EVG reader Steph wrote in with news of [another] name change for the restaurant on the southwest corner of Sixth Street and First Avenue. 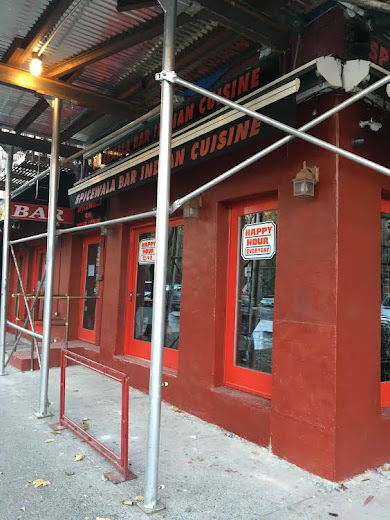 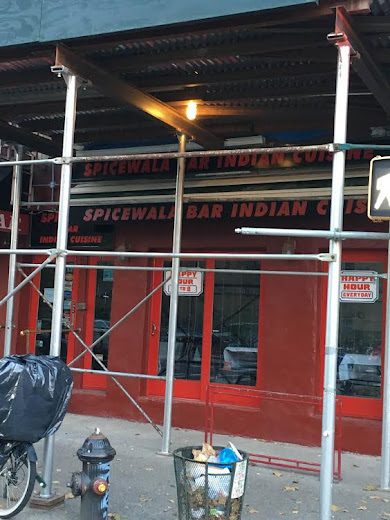 The space that houses East Village Burritos & Bar, on the corner, and Apna Masala next door on the Sixth Street side, have been closed since late September. A sign on the door point to "construction work."

After Banjara left the corner in 2013, Figaro Villaggio, an Italian bar-restaurant, opened in January 2014. They later changed the name to Figaro Cafe Bistro Bar & Grill and, by November 2014, gave up part of the space to an Apna Masala. (All from the same owners, as we understand it.)

Meanwhile, the Apna Masala signage remains up... for now. 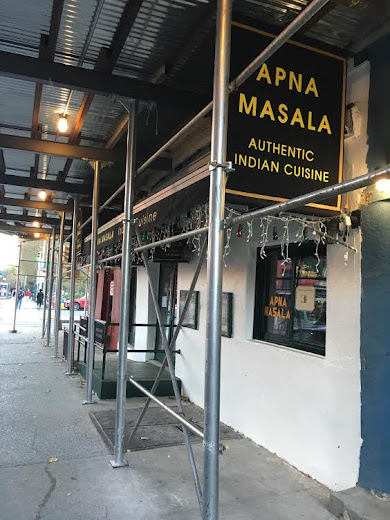 This is a prime corner but it needs some love and care. Ugly, ugly concrete façade. Lose the garish red paint it will improve to a single ugly.

Desperation is not a spice that makes food taste any better.

I still miss Mitali. And Sonali. And Shah Bagh.

Less competition for San Loco but how long will San Loco last?

You can never have too much Indian!

Gojira nailed it. Who wants to eat in a place that just seems to be casting about desperately for something, anything to stick? No thanks, too many other options.

At least they didn't create a jokey Indian restaurant and call it "Ndia" complete with blowup Gandhi dolls and dishes named after Bollywood starlets. We've already had enough of the parody theme restaurants on this block.

Where does one go for good Indian food now in the EV?

Thank you! I will certainly give it a try.

All those names and not a bite of decent food among them.