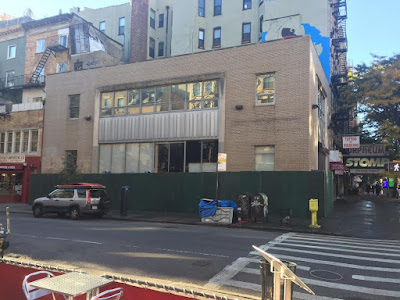 On Friday, workers started putting up the plywood around the former Chase branch on Second Avenue and St. Mark's Place... 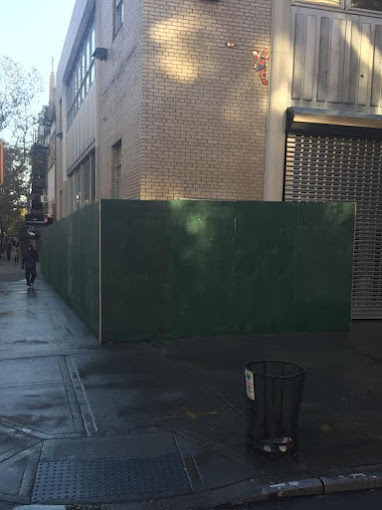 As previously reported, the Swiss Institute, a non-profit cultural center currently located on Wooster Street, has signed a lease for the whole building... 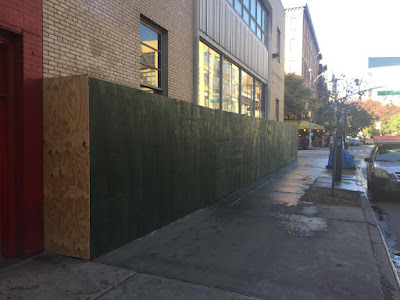 There aren't any permits on file with the DOB as of this morning about the renovation of this space. According to the previously distributed news advisory on the relocation:

ARTnews floated a rumor that there will be a biergarten on the building's roof. A little early for more confirmation on that.

The Chase merged with the location two blocks to the north last November.

Steven took the above photos on Saturday... by yesterday, the ads had arrived... 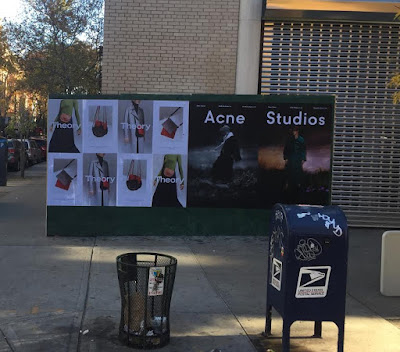 Previously on EV Grieve:
Swiss Institute moving into the former Chase branch on 2nd Avenue and St. Mark's Place
Posted by Grieve at 4:15 AM

Is it illegal to adify green plywood?

Does the plywood HAVE to be green, or can it be any color?

Yes it is illegal. It's illegal to post up anything on private or public property and you could get fined for it.

Just for a laugh y'all: it took me several EVG stories to realize this was the SWISS Institute, not the Swedish Institute, which teaches massage!

Either is/would be a good addition to our nabe. XO