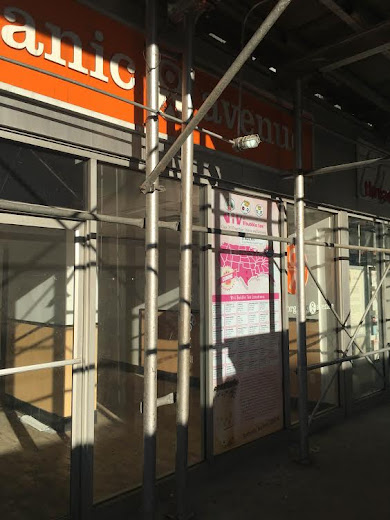 Several Organic Avenue locations reopened late this past spring, as someone decided to revive the brand. (As Eater put it, OA was "being pumped full of life-restoring elixirs by a coven of benevolent kale sorcerers.")

The OA on Third Avenue at Ninth Street was not among the returning storefronts. At least for, say, bottles of Sweet Greens and to-go platters of Chikn' & Sweet Potato Waffles. Signage has arrived noting the arrival of the latest Vivi Bubble Tea franchise... 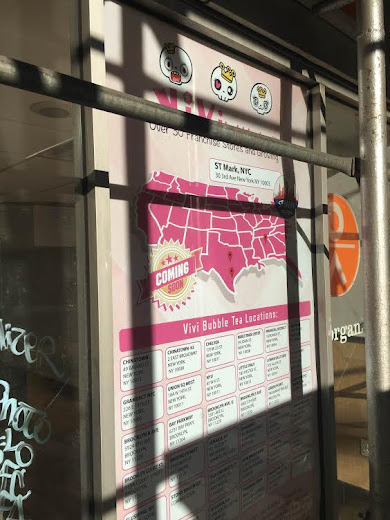 This location looks to be called the St. Mark. 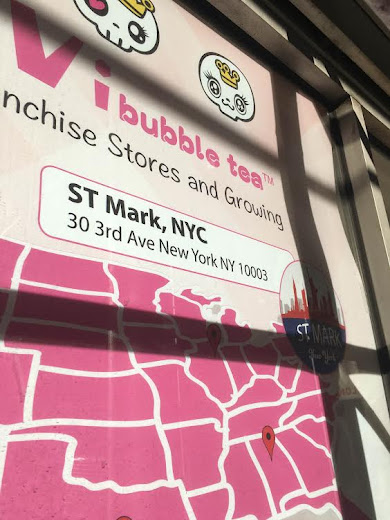 Vivi now has 30 locations across the US of A.

As for bubble tea. Saint's Alp Teahouse, purportedly the first teahouse to bring bubble tea to New York City, closed nearly directly across the street last fall.
Posted by Grieve at 4:00 AM

Wasting away again in Diabetesville, searching for my lost neighborhood.