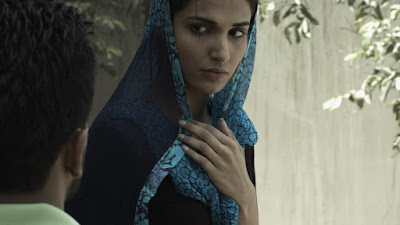 Here's more about the fest:

The South Asian International Film Festival (SAIFF) is the largest film premiere destination for South Asian/Indian filmmakers in the United States. SAIFF was founded in New York City due to the lack of support for many emerging filmmakers and the overall underrepresentation of Indian cinema in a capital that is recognized by the world as the birthplace of independent filmmaking! The Festival is committed to exhibiting films from South Asia (i.e India, Pakistan, Sri Lanka, Bangladesh, and Nepal) and within the Indian Diaspora.

One of the Festival's producers is an EVG reader, and he's making this offer to other readers: A 50% discount on all SAIFF tickets. Please enter this code at checkout: ZAZZY2016 (it must be all caps).

You can find the list of films playing right here.
Posted by Grieve at 4:19 AM