The former Nomad space is for rent on 2nd Avenue 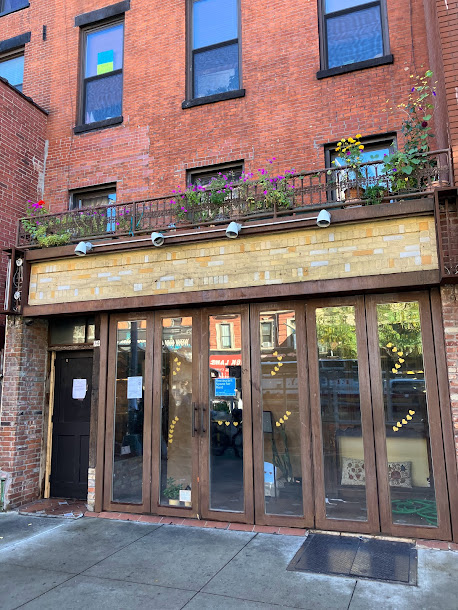 A small for-rent sign now hangs on the storefront at 78 Second Ave. between Fourth Street and Fifth Street.
Last month, owner Mehenni Zebentout announced that he was closing Nomad, his low-key Mediterranean and North African restaurant to take a much-needed break.
As he wrote on Instagram: "This is not goodbye; more like stay tuned for what's next."
Whatever he does next won't be from this space. The closing announcement also coincided with a notice that the landlord was now in legal possession of the premises (photo by Stacie Joy) ... 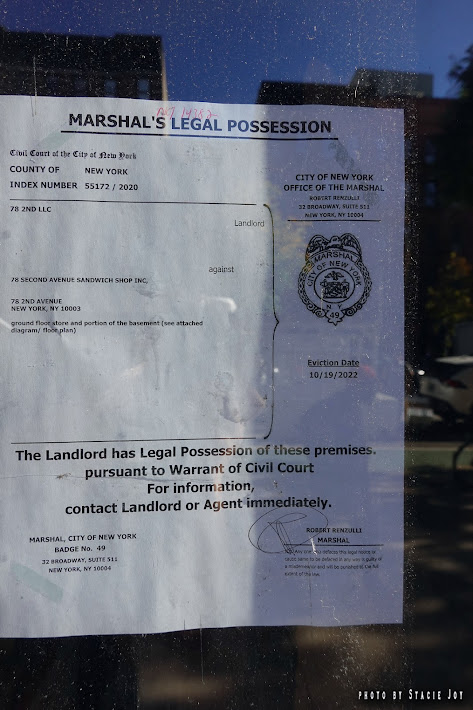 Email ThisBlogThis!Share to TwitterShare to FacebookShare to Pinterest
Labels: for rent, Nomad, The Marshal

Still so sad about Nomad going away!

Will miss Nomad. Lovely people and part of the community, unlike so many other places.