The Casual Grill on John Street between Nassau and Broadway in the Financial District is gone. It happened quickly. I swear I just ate there the other day. (Updated: OK, I was reminded that it was three weeks ago...which seems like the other day.) On Monday, I noticed that it was closed. Tuesday, it was gutted. The Casual Grill opened in 2004, and served an array of healthy-enough choices, from salads to smoothies. 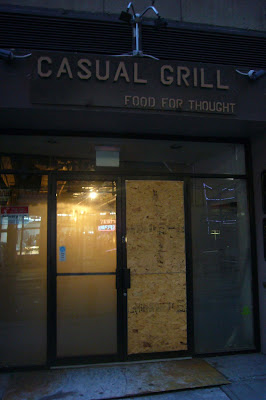 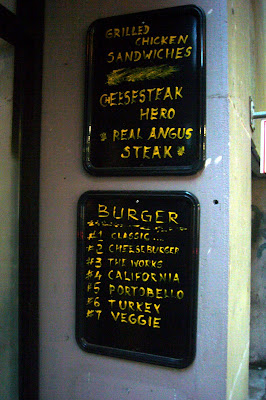 And Seh Ja Meh, the Korean place next door, closed in September. (Seemed to have a problem with the health department.) Their interior is also getting gutted. Seh Ja Meh reopened on Greenwich Street. 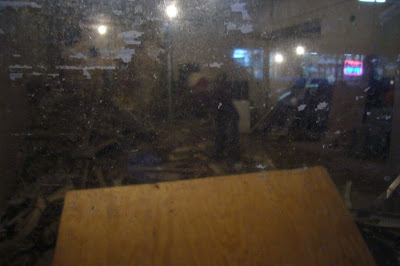 Updated: One source who lives on the block told me a hotel was going into these two buildings. Hmmm.....
Posted by Grieve at 7:13 AM