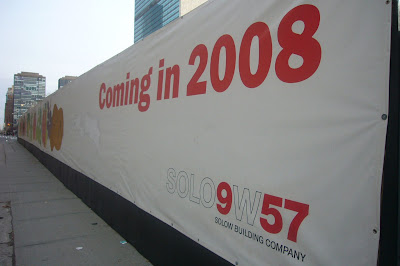 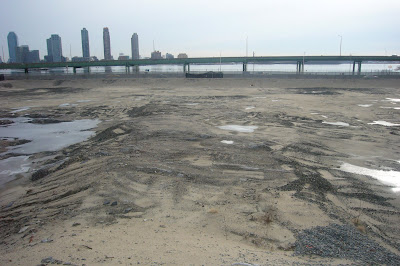 At 708 First Ave. near 40th Street at site of the former Con Edison Waterside power plant. Wasn't there supposed to be a 50-plus-floor office tower going in here...?

Anyway, nice chunk of real estate, as the Times noted in 1999:

"This is probably the most valuable piece of land in New York City today," said August A. DiRenzo, a vice chairman of Cushman & Wakefield, the brokerage and consulting firm that is assisting Con Edison with the sale. He added that most of the major developers in the city were looking at the sites. "I can't tell you who they are, but anyone you can think of has expressed interest," he said.

I like it just the way it is. Just needs a couple of trees and some benches.