Found ourselves at the swanky ol' Hotel Plaza Athénée on 64th Street near Madison Avenue on Christmas Eve. (Looong story while we were there.) Anyway, on the way out of the Bar Seine there, several staff members offered us holiday greetings and casually mentioned the hotel would be closed for the next six months. As if we were regulars there or something. Whaaa? 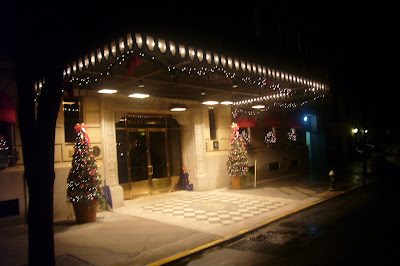 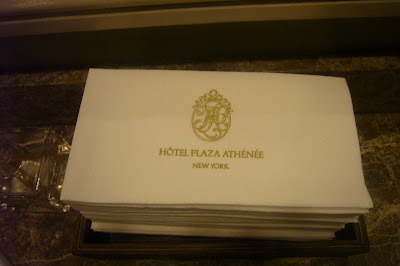 So one of the dapper gentlemen went on to say the hotel -- with 114 guestrooms and 35 suites (rooms start at $795 a night) -- would be closing as of Jan. 5 for renovations, including things like upgrading the electrical system. I asked him what he'd be doing during that time. Paraphrasing a bit here, but essentially: "I don't know. I guess I'll have to go on unemployment." He also said he recently sold his house. I'll spare you the rest of his rather sad plight. No mention of the closing on the hotel's Web site. (At least as of Dec. 27.)

In September 1984, the property, formerly called the Alrae, was completely renovated. It reopened as the Plaza Athénée.