Staples pulls out of the South Street Seaport gateway: That was easy

The big Staples store (they're actually all big, huh?) that anchored the corner of Water Street and Fulton Street at the gateway to the South Street Seaport rather quietly packed up its ink and toner, binders and desk organizers, and closed up shop last month. Maybe the Staples brass figured business would fall because NYU's lease on the Rockrose-owned Water Street dorm adjacent to the store will not be renewed after this academic year. 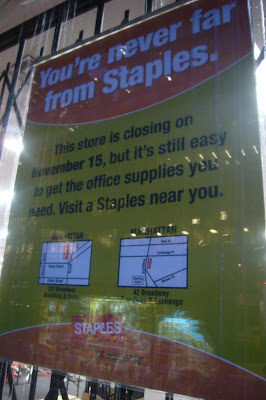 There has been activity here of late, though it mostly seems to be workers clearing out the remaining Staples stuff. 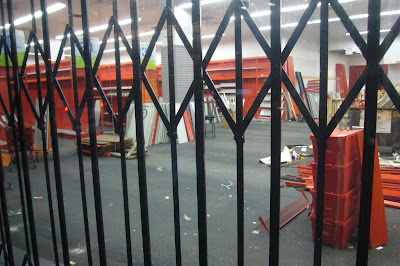 Apparently they don't want you to know a Staples was here. 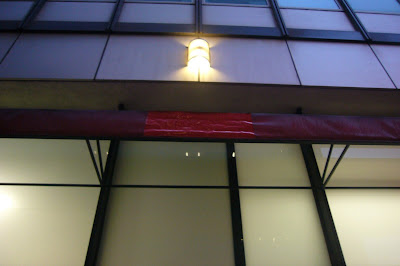 With the departure of the Strand Annex at 95 Fulton in September, there is some nice, fat storefrontage available on the east-end of the street. Maybe that construction will be completed in the next 10 years or so.
Posted by Grieve at 7:57 AM

Dang, I walk down John to Water every day and completely missed the closing. Thanks for the tip.