An EV Grieve investigative report: In search of the Penistrator

In cooperation with the National Weather Service, we arranged for it to snow this past weekend. Why? We were hoping to capture the increasingly notorious Penistrator, a brazen snowffiti artist who is leaving his (or her? Nah) mark on unsuspecting cars throughout the neighborhood. We hired a profiler to help us in the case. His thoughts: "Based on scant evidence, keep on the lookout for what is likely a white male, Floridian, football fan, in his 20s who may be resentful of the fact that he doesn't have his car in the city."

And so, with the snowfall Saturday night, we began the quest. On first watch we saw a suspicious-looking figure lurking near the site of the original snowffiti on Seventh Street near Avenue B... 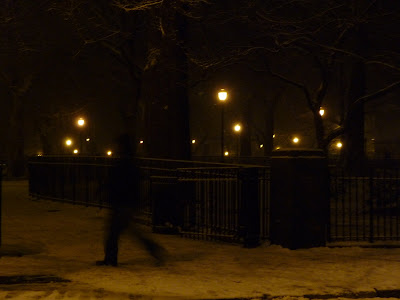 Having been spotted, he beat a retreat. The cars were left unmolested. But for how long? 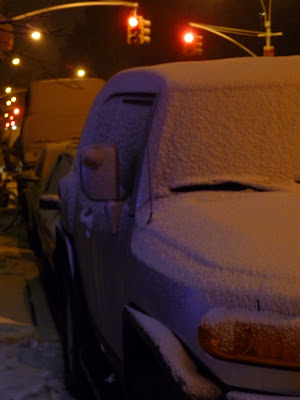 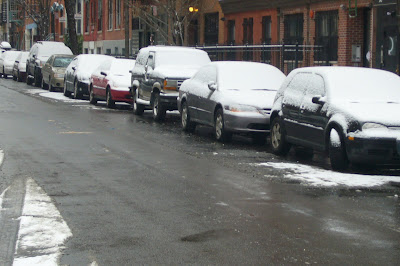 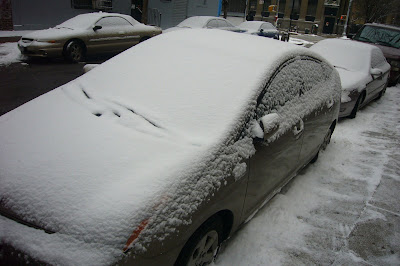 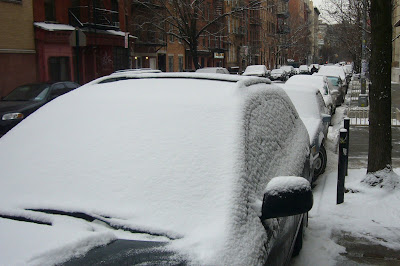 Until Sunday night ... when we arranged for another 1-2 inches of snow to fall on the area. Given our profiler's belief that the Penistrator is a football fan, we also arranged for two high-profile NFL games to be played Sunday.

This combination of snow, football and, possibly, large amounts of alcohol, was all the Penistrator needed... as you can see from this wide path of penistruction on 13th Street that stretches from Third Avenue all the way to Avenue B. 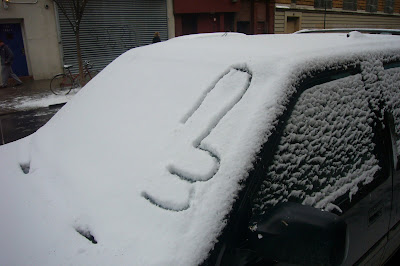 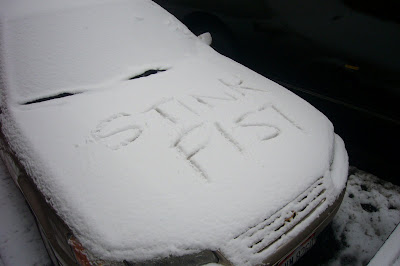 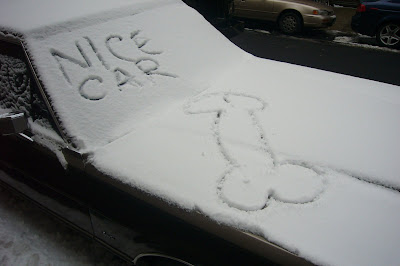 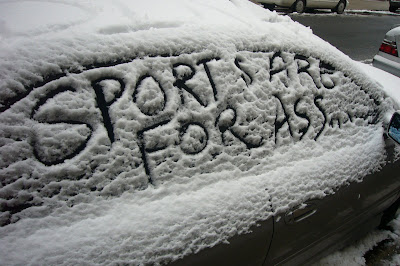 Another clue: An Eagles fan? 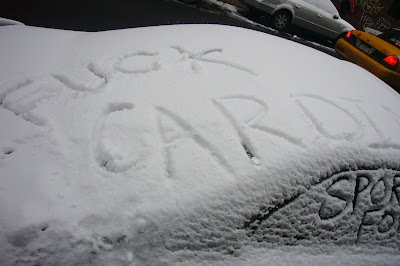 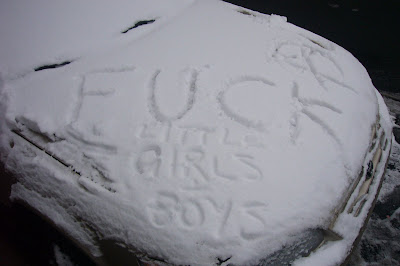 And is he adding a new body part to his repertoire? 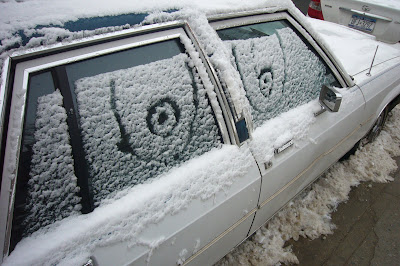 With the Super Bowl and more snow on the horizon...there's every reason to think this will continue...
Posted by Grieve at 7:15 AM

Email ThisBlogThis!Share to TwitterShare to FacebookShare to Pinterest
Labels: East Village streetscenes, EV Grieve is really 13 years old, graffiti, gripped with fear, if you see something say something, Penistrator, snow

holy cow! what an extravaganza

I'm afraid I don't have enough resources to properly track this fiend. He cleverly changed his MO, moving to another street to flaunt his oeuvre.

I can see a new museum opening in the works.

Excellent idea, EVP...I was thinking the same thing! Which is why I purchased the hood of the car containing the "stink fist." (It's currently in the walk-in at PinkBerry.)

Keep up the good work!

When it comes to penis graffit, never rule out construction workers.

I like the penis grafitti--I surely hopes he keeps it up!!

I'm glad (he?) added a nice pair of women's titties on the LTD.

"stink fist"?
...wonder if that's a reference to the lydia lunch/foetus collaboration in the 80's...

Better not get "2Clean" car on 8th between B & C. that guy is out there every day cleaning his car.

Ten snowballs says Neckface did it.