Back in October, The Feed blog breathlessly announced that Bespoke Chocolates would be opening its first retail outlet in November...right in Extra Place, the infamous alleyway behind the former CBGB space where you can now buy $250 vintage Cheap Trick T-shirts. Anyway! So Bespoke would be the first shop in Extra Place, which is maybe now owned by the city or nearby condos Avalon Bowery Place...So, to torture ourselves, we took a look the other day to see what was what with this space. As far as we knew, nothing had opened yet... 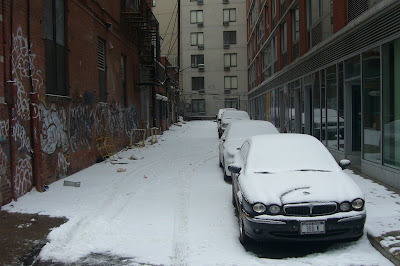 Yes, something is happening behind that Bespoke wrapping, officially at 6 Extra Place. Which the Bespoke Web site describes as a "charming little East Village street." 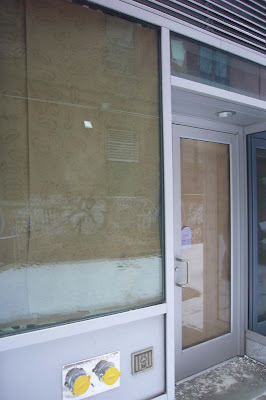 According to the Bespoke Web site, they'll be opening after the New Year. Which narrows it down to 365 days. 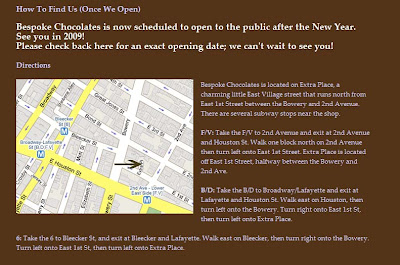 Previously on EV Grieve:
Extra Place gets its first tenant...And it's dessert (shocker!)


PS: Here's what Extra Place looked like in 1978 (via Forgotten New York) 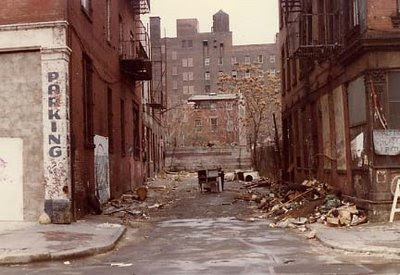 Well, if they wouldn't want to walk however many blocks from the trains or take two buses to get to Chocolate Bar on a freezing cold day, why would they do so here? Must be the "charm of the street".

I think the "charming" part may have been tongue-in-cheek, kids.

Try eating the chocolate and meeting the owner (who happens to be very dedicated and sweet - no pun intended) before criticizing...or maybe you just need to get laid...

Well, it looks a right junkyard in 1978, so I'm afraid I don't see what you're driving at.

Thanks for that referral to Forgotten NY, that's an amazing site!