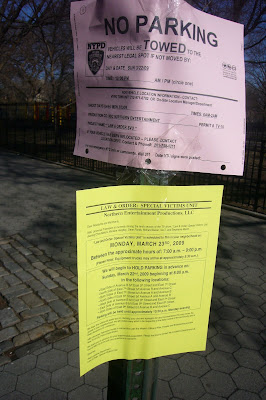 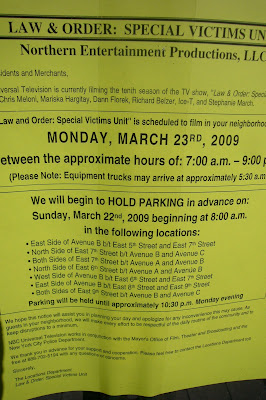 Hadn't planned on doing anything about the "Law & Order: SVU" shoot that took place in and around Tompkins Square Park Monday... 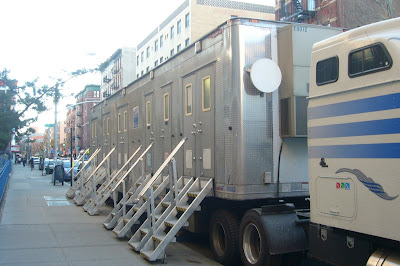 Until! A tipster sent a link to the Just Jared celebrity Web site which had the following:

The SVU ep is named “Selfish.” 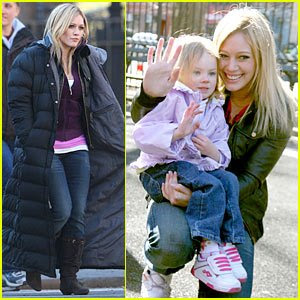 Uh, who is she again? Is she an Olsen twin? Is she dating a drummer from a band? Oh, right. She's "Lizzie McGuire."

Duff has also been announced to play Bonnie in "The Story of Bonnie and Clyde," alongside fellow former kid star Kevin Zegers. The announcement got Duff into some hot water when the original Bonnie from the classic 1967 movie "Bonnie and Clyde," Faye Dunaway, reportedly questioned, "Couldn't they at least cast a real actress?"

[Duff photos via Just Jared via Bauergriffinonline]
Posted by Grieve at 5:37 AM