As you know, in this recession, people are buying and, we assume, eating more candy. In turn, companies are spending big money on marketing such delights.

Stuart Elliott wrote about this in the Times on March 3:

It was only a year or so ago that the concept of affordable luxury meant a Coach bag, Tiffany bauble or Starbucks latte. Since then, the recession has defined splurging downward to the price level of a can of soda, pack of gum or candy bar.

That is why many marketers of those prosaic products are still spending like it’s 2007 when it comes to advertising. For instance, both Coca-Cola and Pepsi-Cola recently came out with new campaigns, as did several gum brands, among them Ice Breakers.

Another case in point is the confectionery behemoth Mars, which is introducing a major campaign for its best-selling candy brand, Snickers, that is centered on a make-believe language called Snacklish.

Snacklish is a humorous way of speaking that revises everyday words and phrases for a Snickers-centric world. To underscore their origin, they are printed in the typeface and colors of the Snickers brand logo.

The campaign is also purposely infused with a slapstick, yuk-yuk approach... That tack is meant to appeal to the target consumer for Snickers, defined ... as men ages 18 to 49 with “a bull’s-eye of 18 to 34.”

OK. I haven't eaten a Snickers since I was 14. But! I have been oddly curious/repelled by the Snickers snads around the neigh-bar-hood. (Sorry.) 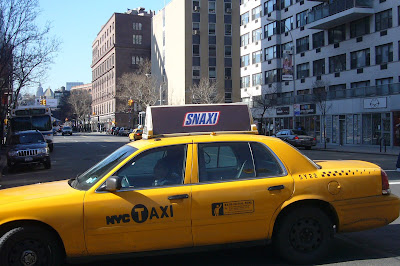 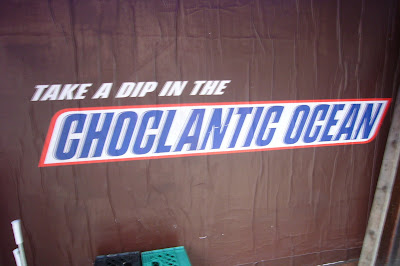 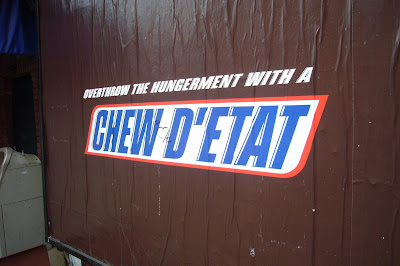 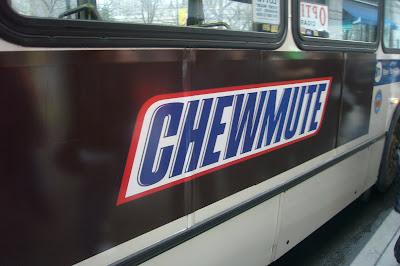 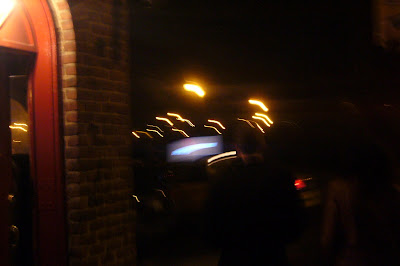 what do you have against snickers? not since you were 14? don't you know, snickers satisfies you?

Truth? Freshmen year in high school, Kenny Jenkins* worked at a Duane Reade-y type place. He lifted a case of Snickers and sold them at school. I bought six bars and ate them all in one day.

* not his real name.

maybe it's time to move past that trauma and enjoy some snacklishious chewosity.

I'll choc it up to a misnack of my youth.

I don't think I have the hang of this Snacklish yet.