In this week's edition of My New York in the New York Post (this feature isn't online..), the Bacon Brothers -- Kevin and his, uh, brother -- discuss their favorite things in the city...And on Kevin's list: The vegan ice cream at Stogo on East 10th Street near Second Avenue, the former site of the beloved A. Fontana Shoe Repair...Anyway, Kevin says it's good stuff! That vegan ice cream. Wow, what a great plug for this shop! It's nice that a big-name actor is so supportive of such a place... 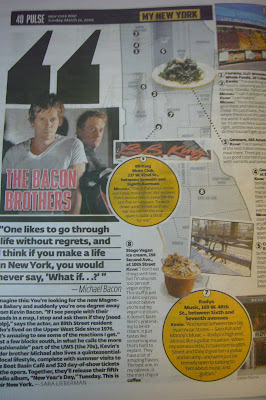 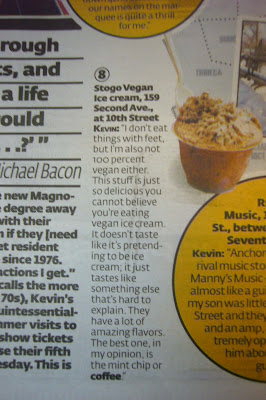 Of course, Kevin doesn't mention that Stogo is owned by his brother-in-law. Or maybe he disclosed this fact and the Post didn't include it...
Posted by Grieve at 6:49 AM