Unzipping the mystery at Zips (trying to, anyway)

There's no shortage of chitchat among a few neighbors [that I happen to know] of the former Zips Deli on Avenue B at Fifth Street. Rumors abound that this space will become an upscale diner-type place, though I never report on unconfirmed facts, unsubstantiated rumors or other un-words. Oh, oops. Anyway! Something is happening here... 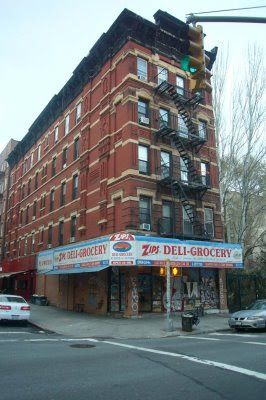 Yesterday, a worker was removing the graffiti from the front doors. 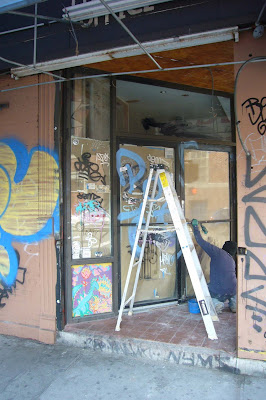 And there has been plenty of hammering and nailing kind of thing happening behind the brown-papered doors. An EV Grieve tipster who caught a look inside said the interior is shaping up to look like an upscale diner-type place, though you likely already knew that by now. 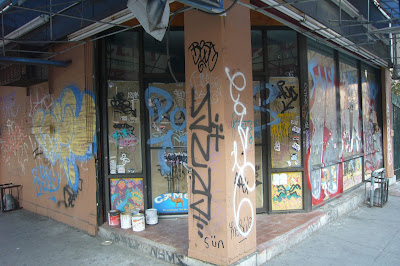 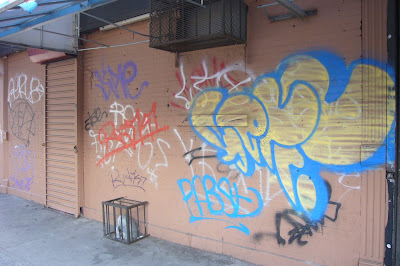 The EV Grieve tipster frets that what goes in this spot could have a negative impact on the neighborhood...if it's something obnoxious that attracts the let's-be-loud-and-pee/barf-in-the-streets-real-late-and-yell-for-a-cab crowd from outside the neighborhood. The people who are already going to a few places just south of here on Avenue B.

Related:
Check out this shot of Zips on Flickr...
Posted by Grieve at 7:11 AM

zips! it's been shuttered forever. thanks for the update. that block went straight downhill after giuliani tore down the squat. practically the following week, robert deniro was having dinner there.

Yeah, I was trying to remember exactly when Zips did close...Three years? Four years?

Those guys in Zips gave me a free lotto ticket once, even though I never went in there all that often. I think it has been closed at least 3 years but 4 is a possibility.