What I've missed on Life On Mars 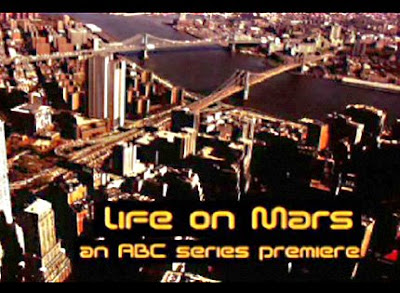 Oh, right. Life On Mars is still on...Tonight at 10, in fact. A reader dropped me a note on the topic...I had stopped watching the show after the third episode:

i'm not all that crazy about the show but i like that they're finishing the series this season. anyway, i know you complained that [the lead character] never did anything fun while he was back in time, so i thought you'd like to know that on the most recent episode he had sex with his old baby-sitter, who he'd always fantasized about. i thought that was kind of cool.

Email ThisBlogThis!Share to TwitterShare to FacebookShare to Pinterest
Labels: Life on Mars

i belive tonight's episode is the penultimate in the series.

i always feel like a big man when i use the word penultimate.

Wait, does this mean there's a nude scene with Harvey Keitel?

That's exactly what annoys me about LOM -- it was thisclose to be something special.

I might revisit some day when it gets the DVD treatment.