Last month, the former Pizza Shop on Avenue A became Black Market... And the owners reportedly planned to keep the iron gates down even when they were open...

Now, though, the gates are up... making it look more inviting for commoners who aren't Bono or Michael Stipe or the Olsen Twins... 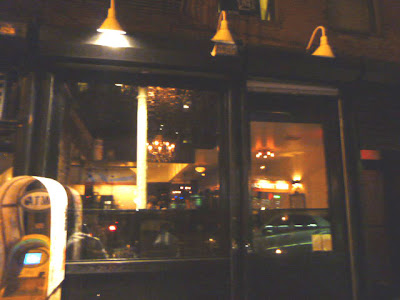 Meanwhile, given the recent parade of bold-faced names, a few people wondered if any of them ventured over to Ray's afterwards... perhaps they read about his troubles in the Times and want to help out a neighborhood institution...
Posted by Grieve at 6:55 AM

Email ThisBlogThis!Share to TwitterShare to FacebookShare to Pinterest
Labels: Avenue A, Pizza Shop