Seventh and A gets the dreaded shed

As Matt Rosen first reported at Neighborhoodr on March 11, facade repairs were scheduled to start soon on the building at Seventh Street and Avenue A... and that scaffolding is now up.... 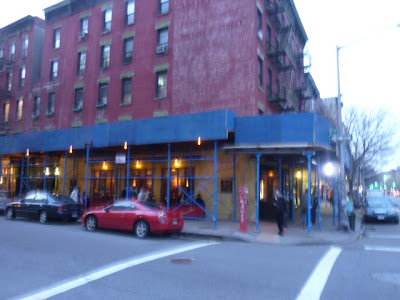 As he noted, "While an aesthetic improvement to the exterior of one’s building might be welcome on most occasions, that the storefronts will now have to deal with scaffolding obstructing their entryways in the prime summer months in an already difficult environment for businesses in the area means they’re none too thrilled about the timing." 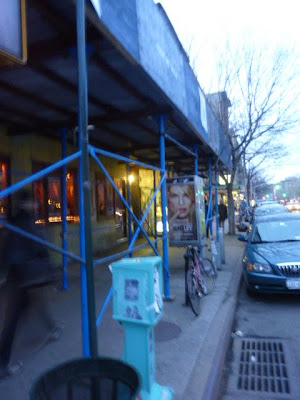 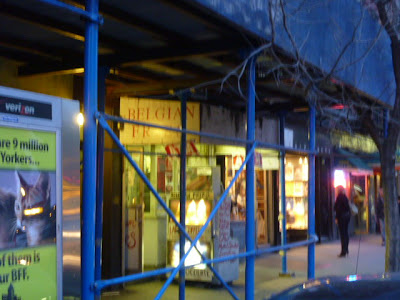 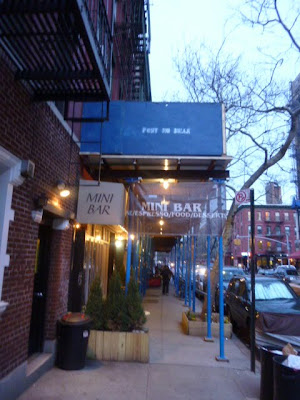 Well, people should be able to dine on the sidewalk at Yuca during a rainstorm now... 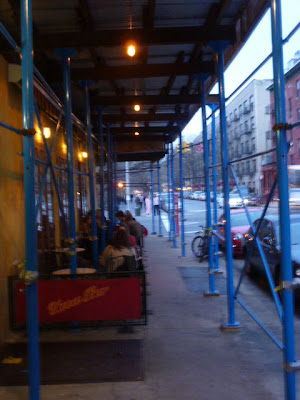 If anything, I imagine the scaffolding will also provide for some interesting photos in the months ahead by fellow bloggers Bob Arihood, Slum Goddess and Melanie ...
Posted by Grieve at 6:50 AM

Yo Grieve it already has