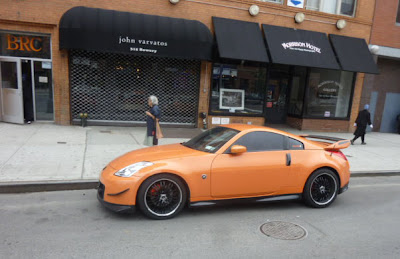 yeah, that lotus was parked on 3rd bt a/b on thurs and fri this week... while I was walking to work I think thurs am, there were two like college kids around it, and they were mounting a video cam on a bike, so I assumed it was for some like film school project. Dude, when you are next to that car, you feel like you can step over it or something, its tiny, I thought it was a tesla at first, that would have been cooler.