"SATC2 takes everything that I hold dear as a woman ... and rapes it to death with a stiletto that costs more than my car" 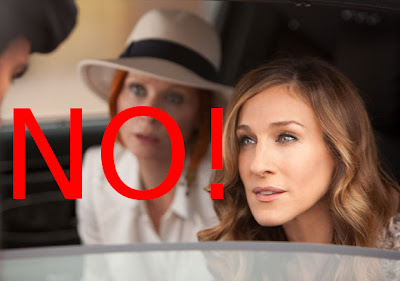 I made a vow not to discuss "Sex and the City II." At least more than I already have. But Jeremiah's post today got me all riled up. Anyway, among other things, he points us to Foster Kamer's rundown on the best SATCII slams here at the Voice. (Thanks Esquared!)

Meanwhile, Scott Lamb at BuzzFeed has a hilarious post this morning titled Don’t See Sex And The City 2. Here, you'll find some more blurbs from SATCII reviews. Like this one from Roger Ebert:

These people make my skin crawl.

However, arguably the greatest review is by Lindy West at The Stranger:

“SATC2 takes everything that I hold dear as a woman and as a human—working hard, contributing to society, not being an entitled cunt like it’s my job—and rapes it to death with a stiletto that costs more than my car. It is 146 minutes long, which means that I entered the theater in the bloom of youth and emerged with a family of field mice living in my long, white mustache. This is an entirely inappropriate length for what is essentially a home video of gay men playing with giant Barbie dolls.

If this is what modern womanhood means, then just fucking veil me and sew up all my holes. Good night. 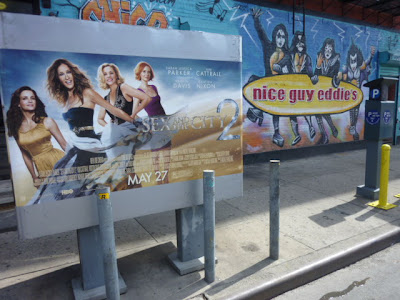 As a victim of gunpoint rape, I call bullshit. Yes, it is a horrible movie, the values of which are disgusting. Did it leave you on anti-anxiety drugs, fighting PTSD? I doubt it.

The undercurrent of misogyny in many of the reviews and comments is disturbing.

agreed. but the undercurrent of misanthropy in the whole SATC ethos is equally disturbing.

yes, getting raped sucked for me too - but this viral, in wide distribution, whorification of women is backwards momentum for us all. Hyperbole is not misogyny. Nor is defending a woman's right to be cast as a narcissistic clothes-horse enlightened.