EV Grieve reader Shawn Chittle, who lives above Westville East, passed along a new sign that appeared outside the eatery on Avenue A at 11th Street.... 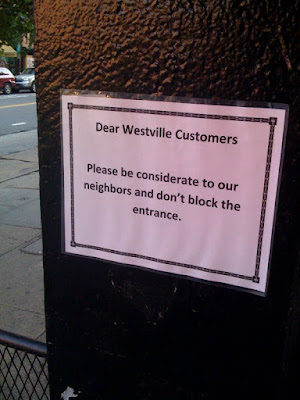 As he noted, "Kudos to Westville for putting up this sign Wednesday after listening to our building's tenants who spoke at Community Board 3. This will go a long way (I hope)." (Previously.)

EV Grieve reader Creature sent along this shot of Steak Shoppe, the new eatery at the old punchline Permanent Brunch and Burgers on First Avenue. The rebranded space opened up last night. Fork in the Road has the story. 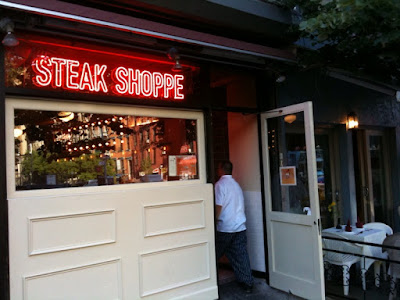 Earlier today, I mentioned Bar None in a post that really had nothing to do with Bar None... which prompted a reader to ask me if I had ever seen the bar's website. Uh, no. I have not. 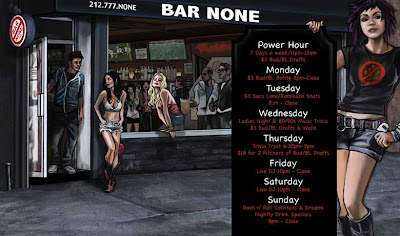 My! I can almost hear "The Devil Went Down to Georgia."

And for no reason, the sidewalk outside DBGB earlier this week.... 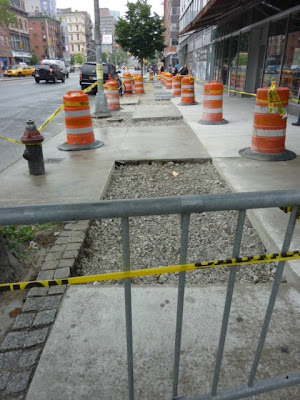 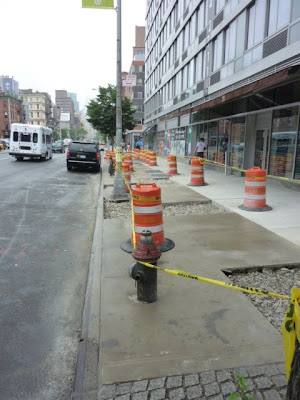 Email ThisBlogThis!Share to TwitterShare to FacebookShare to Pinterest
Labels: restaurants

Hmm, I'd wondered what was going on with Permanent Brunch. A steak shoppe (ugh!) could be good, but the place is so small, I'm not sure it can accommodate a real steakhouse crowd.