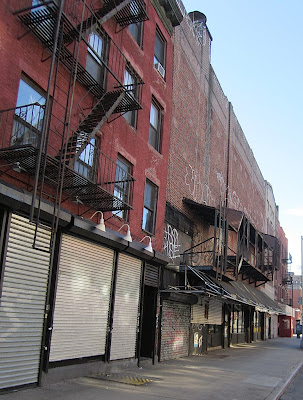 According to the Department of Buildings (DOB) website, city officials have disapproved initial plans last Thursday to renovate the former East Village Farms at 100 Avenue A. Here's the all-cap job description filed on Feb. 21, as we reported:

TO RENOVATE EXIST. HIGH TWO STORY BUILDING INCLUDING THE EXPANSION OF THE CELLAR FLOOR, THE RAISING OF THE ENTIRE SECOND FLOOR AND INSTALLING A NEW STOREFRONT. 2) TO ADD A NEW PARTIAL THIRD AND FOURTH FLOOR FOR ONE DWELLING UNIT WITH A ROOF GARDEN ON THE 2ND FLOOR ROOF ACCESSORY TO THE DWELLING UNIT.

The DOB files have Flushing-based Paul Mok as the architect engineer of record. According to the DOB, Mok was one of 20 NYC-based architects or engineers to find themselves on the "Voluntary Surrender of Privileges" list. 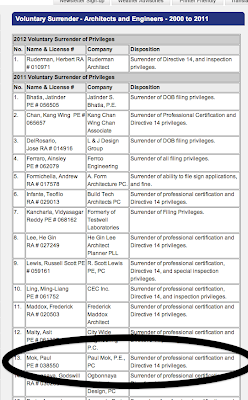 Mok's name also turns up in The New York Times archives. He was associated with the so-called "Leaning Tower of Flushing," a problem-plagued 15-story condo at 143-51 Roosevelt Ave.

As the Times reported on July 14, 1998, "there were constant leaks, and residents in the corner apartments started to complain about cracks appearing in their floors. Complaints to the condominium board, which was dominated by the developers, went largely unheeded. In 1994, a new board was elected and complaints were filed with the State Attorney General's office, along with lawsuits against the building's developers and builders. The Attorney General has a lawsuit pending against Paul Mok, the engineer and architect who designed Vista."

The Times noted that city inspectors found that the building "had been built as though it were a low-rise structure and that it had no steel structure for bracing."

Meanwhile, workers have removed most traces of the former East Village Farms, which closed last month. 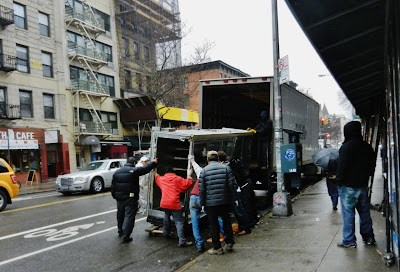 Now, the place sits mostly empty... waiting for whatever the revised plans are... 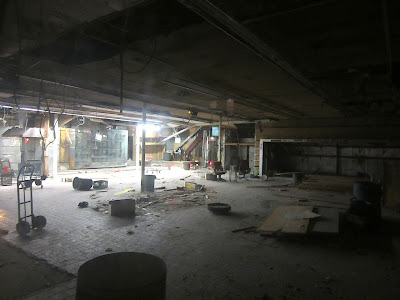 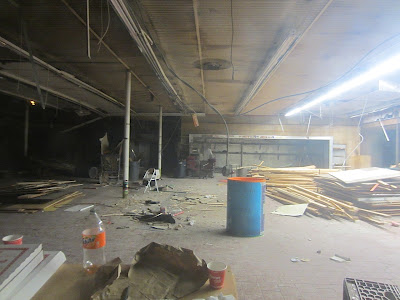 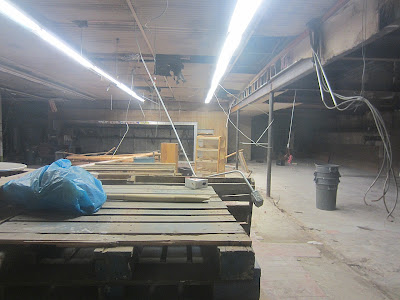 Reader reports: Village Farms closing Jan. 31; building will be demolished
Posted by Grieve at 7:00 AM

Mok is an engineer, not an architect - which makes his structural design failure particularly egregious!

This pisses me off. Did the developer really think they'd get a plan passed from a black-listed engineer? Why would they kick a rent-paying tennant out before the plans were affirmed? Let's hope this gets resolved soon or we're looking at a rat condo (or worse) come summertime.

A disapproved plan examination is not at all unusual for an initial work filing at the DOB and in no way indicates that it won't eventually be approved. As long as their intended use is allowed by zoning, the architect will work through the objections one at a time until it is approved.

IMHO, if this landlord wants to improve his property and financial position, we should respect his right to do so. It is not all that tragic for the neighborhood to lose another crappy bodega.

Who didn't get their envelope?

That bodega was beloved by everyone except AveAndrew, who probably owns Union Market. Ha!

Great investigation Grieve. This Paul Mok guy has quite the past!