Renovations seemed to have wrapped up over at Met Foods on Second Avenue between Sixth Street and Seventh Street...

As Jeremiah has written about, a Ratner's was located here for more than 50 years ... (Read Jeremiah's post here.)

The R from Ratner's remained inside the front entrance... given the renovations, it seemed unlikely that this sliver of history would survive... 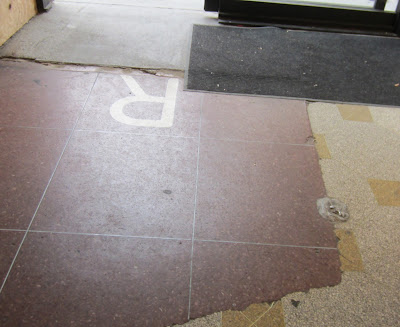 Sure enough. From a reader:

Manager of the Met on Second Avenue explaining why they removed the R from the floor: "it was cracked and disgusting, you really should have seen it." 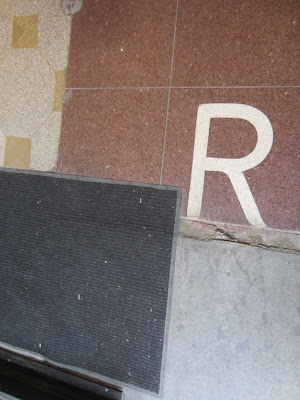 Workers put in a new floor here this past week... 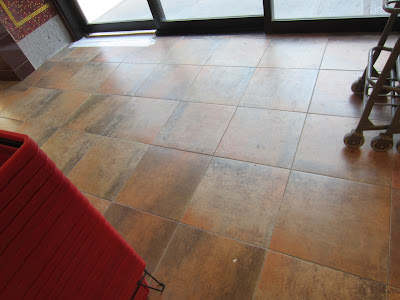 And so far, that exposed piece of Ratner's old wall is still there.

Well, perhaps we should just be thankful that the store survived its fight against NYU. We could be looking at a dorm instead...
Posted by Grieve at 6:31 AM

sad. it was a perfectly nice R.